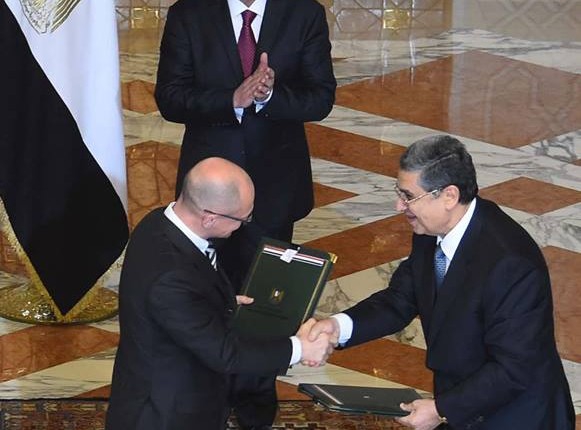 The government is set to complete the agreement on two contracts with Russia regarding the Dabaa nuclear power plant within two months. The two contracts include provisions on technical support, operation, maintenance, and fuel depots.

Government sources said that Egyptian and Russian officials are meeting daily, in presence of the technical advisor for the project, WorleyParsons, and the legal adviser, Shearman & Sterling, to finalise the rest of the contracts.

The sources added that the two parties expect the contracts to be ready within two months. After the draft is completed, the contract will be sent to the State Council for approval.

Following the State Council’s approval, the Egyptian presidency will organise an inauguration ceremony attended by President Abdel Fattah Al-Sisi and Russian president Vladimir Putin. This is expected to take place in June, according to the sources.

They furthermore said that talks and consultations are ongoing regarding the spare parts of the plant and the details of their shipment, next to penalties for non-compliance regarding timely payment of instalments.

The sources added that the discussions with the Russian side are very clear and that both parties share the same concept, which is to reach the best technical, financial, and legal solutions in the contract to avoid future problems.

Egypt signed an agreement with Russia to establish a nuclear power plant in Dabaa with a capacity of 4,800MW for $30bn.

Russia will provide a government loan of $25bn to finance equipment and services for construction and operation.

The loan is used to finance 85% of the value of each contract to implement works, services, and shipments of the project. The Egyptian side will pay the remaining amount, representing 15% in the form of instalments. The amount will be paid for the benefit of the authorised Russian institutions in a way that suits the contracts, in the form of an advance or any payment that is made later after implementing works and services and delivering supplies. The term of the loan is 13 years over the period from 2016 until 2028, at a 3% annual interest rate.