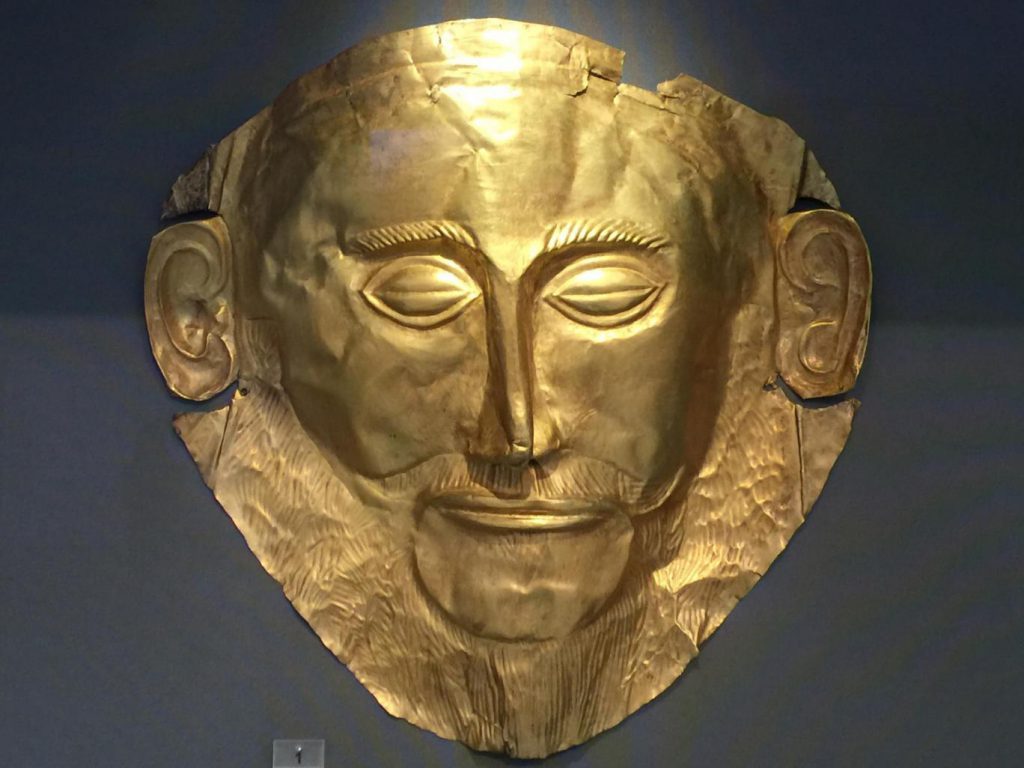 Greece has called for the return of the so-called Elgin Marbles from the British Museum as a symbolic act in the fight against anti-democratic forces seeking “the dissolution of Europe”.

The Athens government, which decided against taking legal action against the UK last year, will instead renew diplomatic efforts with an offer to regularly loan some of the wonders of Ancient Greece to British institutions in exchange.

While it is unknown what might be offered, Greek museums hold astonishing art works created in antiquity. The arrival of art such as the “golden mask of Agamemnon” or the statue of Zeus/Poseidon could be expected to cause the same kind of interest as the first arrival in the UK of the Terracotta Army from China in the 1980s.

The Marbles, taken by Lord Elgin more than 200 years ago when Greece was part of the Ottoman Empire, represent about half the sculptures that once adorned the Parthenon temple. It was built in Athens about 2,500 years ago after the world’s first democracy fought off attempts by the Persian Empire to conquer the city. The sculptures are widely recognised as among the finest ever created.

Lydia Koniordou, the Greek Minister of Culture and Sport, said allowing the restoration of this founding monument of Western values would send a message about Europe’s commitment to democracy – at a time when many believe this is under threat from rising nationalism.

“The reunification of the Parthenon Marbles will be a symbolic act that will highlight the fight against the forces that undermine the values and foundations of the European case against those seeking the dissolution of Europe,” Ms Koniordou said.

“The Parthenon monument represents a symbol of Western civilization. It is the emblem of democracy, dialogue and freedom of thought.”

Greece is carrying out restoration work on the Parthenon and has built a museum specifically designed to display the sculptures, but currently only has slightly less than half of them. Other fragments are held by several museums in Europe.

Elgin’s staff removed the sculptures somewhat crudely – for example, the heads of a centaur and a human in a dramatic fight scene are in Athens, while their bodies are in London.

Professor Louis Godart, the newly elected chairman of the International Association for the Reunification of the Parthenon Sculptures (IARPS), said: “It’s unthinkable that a monument which has been torn apart 200 years ago, which represents the struggle of the world’s first democracy for its own survival, is divided into two.

“We must consider that the Parthenon is a monument that represents our democratic Europe so it is vital that this monument be returned to its former glory.”

In a statement, IARPS said the Greek government had “resolved to renew and intensify its efforts for the return of the Parthenon Sculptures”.

“Greece and its supporters will not rest until all the known surviving sculptural elements from the Parthenon are reunited in the Acropolis Museum in full view of the monument which they once adorned.”

Greece is still suffering the effects of the 2008 recession in what is now essentially a humanitarian crisis, with pensions cut in half, youth unemployment at nearly 50 per cent – a level it has been at for years – and medical services crumbling.

The European Union and other international creditors have demanded policies of austerity in exchange for keeping the economy afloat with huge loans. At the same time, Greece has been struggling to cope with the influx of refugees fleeing the brutal civil war in Syria.

While nationalism has been rising across Europe, the violent, neofascist Golden Dawn party is now Greece’s third largest party with support from about 10 per cent of voters.

In January, one of Golden Dawn’s leaders told The Independent that Donald Trump’s election had “given us a new wind of support”.

“It’s validating and reinforcing our nationalistic and patriotic policies – policies that we have been advocating for years,” Elias Panagiotaros said.

“We should follow Trump’s beat. We shouldn’t leave Greece like an open field for migrants to come and go as they want. We should reclaim our country and our interests and put them first, just like Trump.”

The sculptures show scenes including what is believed to be a procession in honour of the goddess Athena, a fight scene between centaurs and humans, and several Ancient Greek gods.

Andrew George, chairman of the British Association for the Reunification of the Parthenon Sculptures, said returning the sculptures to Athens would help the UK’s reputation in Europe following the Brexit referendum vote.

“Britain has nothing to lose and so much to gain from engaging with the Greek Government in this way,” he said.

“A gracious act by the British would lift our reputation at the very moment our otherwise threadbare negotiating position with the EU appears so grubby and self-seeking.

“Such a high level and deeply symbolic gesture of this kind would also help counteract the tide of growing right-wing intolerance that is taking hold across Europe.

“Britain has nothing to lose but a deeply damaged reputation – having clung on for over 200 years to such important artefacts which were stolen from the Greeks when they could do nothing to stop it – and has much to gain at the very time Britain’s reputation needs enhancing amongst those countries it wants to do a deal with.”

And the offer of ancient treasures from Greece “would more than compensate for the apparent loss” of the Marbles, he said.

The British Government has routinely dismissed calls for the return of the sculptures to Greece.

A spokesman for the Department of Culture, Media and Sport said: “The Parthenon sculptures were acquired legally in accordance with the law of the time. They are the responsibility of the trustees of the British Museum who are legally responsible for their care.”