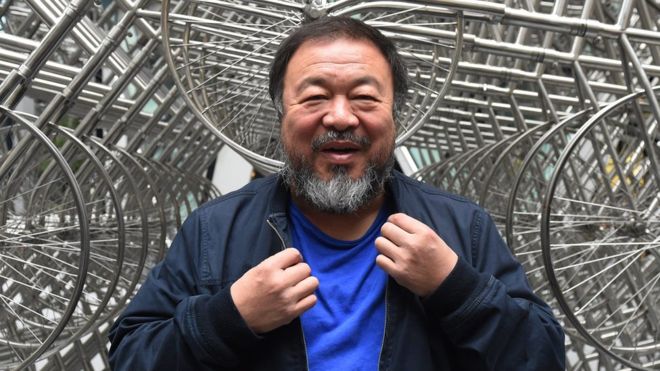 This is the first time his work will be exhibited in an archaeological museum Prominent Chinese artist and activist Ai Weiwei will present his works created in his studio in Lesvos at the Museum of Cycladic Art, in Athens from May 20 to October 30, 2016.

This is the first time his work will be exhibited in an archaeological museum, the museum said in a statement.

Ai set up a studio on the island of Lesvos earlier this year to create art works dedicated to the plight of the refugees and migrants.

The artist’s exhibition, titled “Ai Weiwei at Cycladic”, will feature previous work exhibited abroad, such as Grapes (2011), Divina Proportione (2012), Mask (2011) and Cao (2014), as well as new works, inspired by the refugee crisis and a new marble sculpture inspired by the archeological collection in the museum.

The museum announced that 10% of the tickets, sales and sponsorships will go directly to carefully selected NGOs which are involved in tackling the refugee crisis throughout Greece.