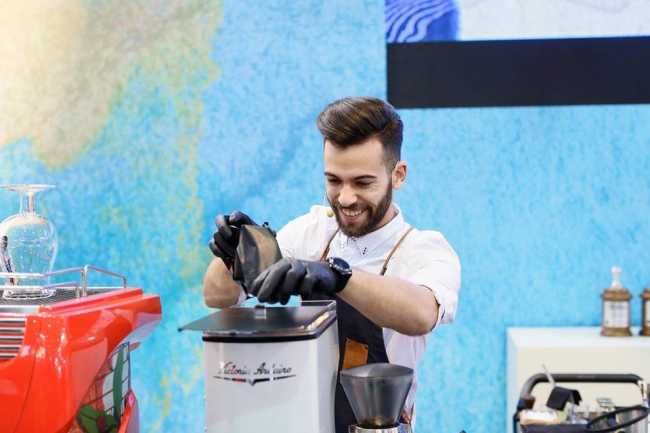 For the second year in a row, Greece has taken out first place at the World Coffee in Good Spirits Championship (CIGS).

The winning barista was Michalis Dimitrakopoulos from The Underdog, a back-to-back win for the Athens-based cafe/bar following George Koustoumpardis’ win in 2015.

Dimitrakopoulos took to Instagram to express his excitement and gratitude for the opportunity to compete.

“I would like to thank all the people supporting me for my first time [competing at the worlds],” he posted.

Four world coffee championship events took place from 29 March to 1 April at Hotelex in Shanghai, China, where more than 70 baristas competed from around the globe.

In Dimitrakopoulos’ category, competitors were required to spin a wheel to determine which ingredients they would use, followed by a 10 minute window to produce two identical coffees and alcohol-based designer drinks, along with two Irish coffees.

The winning barista attributed the achievement to his great love of coffee and a commitment to learning as much as he can about the products in use.

In second place was Slovakia’s Martin Hudak, followed by Berg Wu from Taiwan in third.