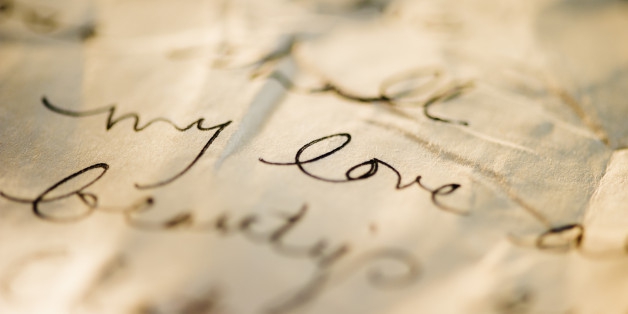 Probing the work of C. P. Cavafy has been intriguing for me, not only because he is one of the most influential figures in twentieth-century European aesthetic culture, but also for another reason: as Cavafy records in his diary of his first trip to Greece in 1901 (written in English), he was positively predisposed toward the work of Georgios Roilos, an influential late nineteenth-early twentieth-century Greek painter, among the first to introduce impressionism in Greece, a professor and mentor of, among other artists, Giorgio de Chirico. In his diary entry for June 28, 1901, Cavafy reports that he visited Roilos in his studio and enjoyed his painting “The Battle of Pharsala”: “At 4:30 I took the direction of the Polytechneion. The first person I met in the Odos Patision was Tsocopoulo [sic], who accompanied me to the Polytechneion and conducted me to the painter Roilos’s study to see this artist’s great picture ‘The Battle of Pharsala.’” That encounter of the poet with the painter is one of the stories often narrated at home when I was a child — stories that later determined my scholarly attachment to cultural history and art.

Cavafy was born (in 1863) and spent most of his life in the periphery of the Greek-speaking world, in Alexandria, Egypt, where he died in 1933. Although a fervent patriot and lover of all things Greek, his cosmopolitan experiences (he spent some years of his childhood in England and of his late adolescence in Constantinople) and especially his diasporic mentality contributed to his critical approach to aspects of the cultural and political life of mainland Greece. His stance toward cultural matters, history, and morality was greatly influenced, on the one hand, by his multicultural open-mindedness, and, on the other, by his own marked (geographical but, more crucially, I believe, socio-aesthetic) liminality.

Cavafy’s diasporic experience contributed to the formation of his overall cultural politics, which continues to inspire an exceptionally large number of readers, poets, scholars, intellectuals, and activists throughout the world. The everlasting appeal of his discourse to contemporary readership was evocatively demonstrated and celebrated at an event I organized at Harvard last year to celebrate the end of the so-called Cavafy Year: at that event, in which no less than 27 Harvard colleagues and graduate students participated as readers, one of his most famous poems, “Ithaca,” was recited in 27 different languages!

In general, cultural politics is to be understood as a two-way process: it refers, on the one hand, to the impact of political ideologies and practices on the production and consumption of cultural commodities; and, on the other, to the intricate ways in which the latter respond to, and even shape, aspects of the former. Cultural politics and Cavafy can be explored from many different, but, essentially, complementary perspectives. For instance, it can address the following questions: how his work is received by agents of politically determined or at least politically informed ideological discourses and practices (nationalism, postcolonialism, gender and queer studies, etc.); or how specific poems may reflect specific political and social concerns in his contemporary Alexandrian or wider Greek contexts; or, how the content of his mature work (produced and published from the late 1890s onward but especially after 1911) as well as his stylistic choices, especially the gradual development of a poetic discourse that was, at least according to the established criteria of poeticity of the time, closer to prose than to poetry (and as such, an inherently liminal discourse), undermined dominant socio-aesthetic premises. My emphasis in this piece is on these last aspects of the complex topic “Cavafy and cultural politics,” which may be relevant to broader debates in related intellectual and scholarly fields as well.

Cavafy, who had famously declared that, if he were not a poet he would have most happily been a historian, demonstrates an astute historical, political, and, of course, aesthetic sensitivity throughout his (published and unpublished) work, especially from the middle of (what I have called) his allegorical period (1890s) onward. By contrast to cultural and ideological paradigms dominating his contemporary Greek and broader European intellectual production, Cavafy was particularly attracted not so much to the achievements of the famous classical past as, rather, to transitional periods of ancient and medieval Greek history: the era following Alexander the Great’s expeditions to the East and the establishment of the Hellenistic kingdoms; late antiquity; Byzantium.

Not unlike betwixt-and-between phases — more often than not ritually negotiated — in an individual’s or a community’s life, such periods frequently bear the symptoms of ambivalent liminality: to a great extent determined by critical, potentially both destructive and creative, “risky” and reinvigorating, tensions between opposing conceptual, ideological, and broader sociocultural categories (familiar/unfamiliar; foreign/domestic; us/others; past/present;), liminal eras in history, at least as perceived and approached by Cavafy, are, to a lesser or greater degree, marked by open-endedness, inclusiveness (syncretism), and what I prefer to call amphoteroglossic (“double-tongued,” i.e. ambivalent) fluidity.

Cavafy’s subversion of moral and gender hierarchies, too, as this was powerfully manifested through his outspoken celebration of homoerotic desire mainly in his mature years, decisively contributed to the liminality of his overall cultural politics and poetic revolution. His highly original, often “secularized” redefinition of aspects of the aesthetics and ethics of the so-called “Hellenic love,” as these had been developed especially in Western European (notably British) aestheticism, was based on a radical destabilization of ethical, cultural, and even economic principles of post-industrialist European societies. As I have argued elsewhere, his celebration of both homoerotic desire and poetic creativity were conceptualized and articulated in terms of what I call an “anti-economy of jouissance,” a kind of “economy” that prioritizes excess, consumption, and (self-)expenditure at the expense of the dominant economic principles of profit and utility.

For Cavafy, poetry constitutes a daring exemplification of such an anti-economy, since it often involves creation through (self-)expenditure and loss — or, in terms of ritual poetics, through self-sacrifice. His conceptualization of poetic creativity as an instantiation of a broader economico-erotic liminality is eloquently expressed in a poem that bears the characteristically ritualistic title “Passage,” in which initiation into the “world” of poetry is described as a rite of passage indeed. That poem, which was written in 1914 and published in 1917, reads as follows (in my rather literal translation):