16 Killed in Bombing at St Mark’s Cathedral in Alexandria 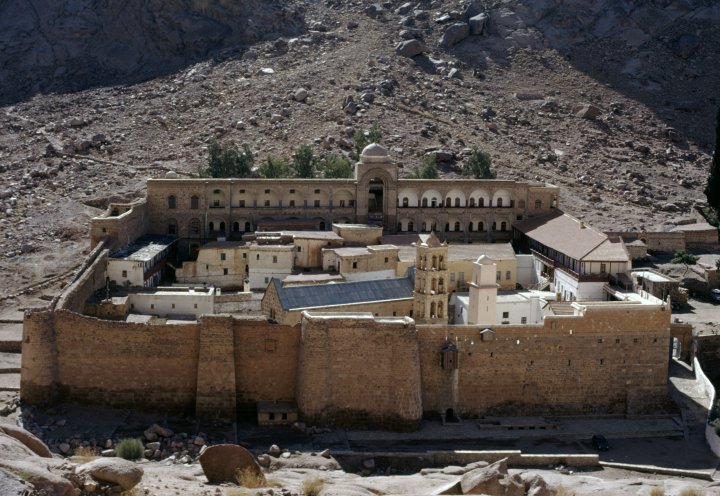 Islamic State claimed responsibility for the attack on a police checkpoint about 800 meters (yards) from the entrance to the monastery, one of the world’s most important Christian sites.

The attack comes just 10 days before Pope Francis is scheduled to visit Egypt and just over a week after two deadly suicide bombings on Christian churches, also claimed by Islamic State, plunged the country into mourning and marked one of the bloodiest days for the country’s Christian minority in decades.

St . Catherine’s, founded in the 6th century and located at the foot of Mount Sinai, is one of the oldest Christian monasteries in the world and a UNESCO world heritage site. It is part of the Eastern Orthodox church.

Egypt’s Christian minority, which makes up about 10% of the country’s 92 million people, has increasingly been targeted by Islamist militants, with three deadly church attacks in the span of four months.

In February, scores of Christian families and students fled North Sinai province after a spate of targeted killings.

A successful assault on St. Catherine’s would be the latest challenge to President Abdel Fattah al-Sisi, who has pledged to protect the religious minority as part of his campaign against extremism.

Egypt has for years been battling an Islamist insurgency in the rugged and thinly populated northern Sinai, which gained pace after the military overthrew President Mohamed Mursi of the Muslim Brotherhood in 2013 following mass protests against his rule.

Attack s in Egypt’s southern Sinai, a popular destination for tourists dotted with Red Sea resorts, are by contrast rare.

Security sources told Reuters that security had been put on high alert at tourist facilities across southern Sinai after the attack .

The attack in southern Sinai comes as Russia is expected to make a long-awaited decision on whether to restore flights to the Sharm el-Sheikh resort after a Russian airliner was downed in 2015, dealing a serious blow to the area’s tourism industry, which relies heavily on Russian visitors.

Egypt’s tourism industry, a crucial source of hard currency, has suffered in the years of turmoil that followed the overthrow of President Hosni Mubarak in 2011, as well as from the suspected bombing of the Russian plane, which killed all 224 on board.

Israel took the unusual step earlier this month of barring its citizens from crossing into the Sinai peninsula, saying the threat of attack s in the area inspired by Islamic State and other jihadi groups was high.