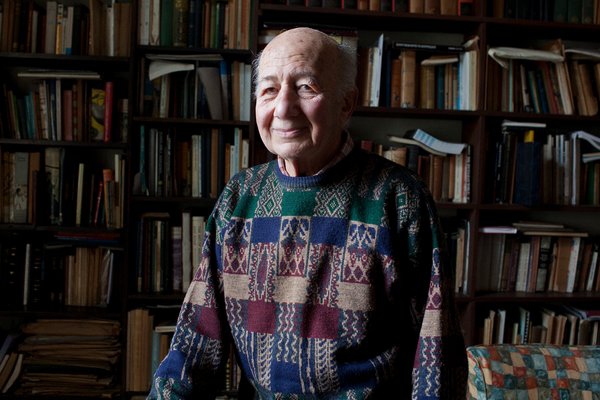 Mostafa A. H. el-Abbadi, a Cambridge-educated historian of Greco-Roman antiquity and the soft-spoken visionary behind the revival of the Great Library of Alexandria in Egypt, died on Feb. 13 in Alexandria. He was 88.

His daughter, Dr. Mohga el-Abbadi, said the cause was heart failure.

Professor Abbadi’s dream of a new library — a modern version of the magnificent center of learning of ancient times — could be traced to 1972, when, as a scholar at the University of Alexandria, he concluded a lecture with an impassioned challenge.

“At the end, I said, ‘It is sad to see the new University of Alexandria without a library, without a proper library,’” he recalled in 2010. “‘And if we want to justify our claim to be connected spiritually with the ancient tradition, we must follow the ancient example by starting a great universal library.’”

It was President Richard M. Nixon who blew wind into the sails of Professor Abbadi’s ambitious proposal. When Nixon visited Egypt in 1974, he and President Anwar el-Sadat rode by train to Alexandria’s ancient ruins to observe their faded grandeur. When Nixon asked about the ancient library’s location and history, no one in the Egyptian entourage had an answer.

That night, the rector of the University of Alexandria called the professor and asked him to prepare a memo about the Great Library’s rise and fall.

The task, he said later, made him realize how deeply the ancient library resonated, not only with Egyptians but also with many around the world who shared his scholarly thirst.

Backed by the university, Professor Abbadi began developing plans for a new research institution and ultimately persuaded the governor of Alexandria, the Egyptian government and Unesco, the United Nations educational and cultural organization, to lend their support.

In 1988, President Hosni Mubarak laid the foundation stone for what would become the Bibliotheca Alexandrina, a $220 million seaside cylindrical complex. Designed by the Norwegian firm Snohetta, it comprises a 220,000-square-foot reading room, four museums, several galleries, a conference center, a planetarium and gift shops.

It opened in 2002, hailed as a revitalization of intellectual culture in Egypt’s former ancient capital, which is now its often neglected second-largest city.

“With the founding of the new Bibliotheca Alexandrina,” Professor Abbadi wrote in 2004, “the ancient experiment has come full circle.”

The professor did not share fully in the glory. He, like other scholars, had been critical of some aspects of the finished library and maintained that the builders had been careless during the excavation, unmindful of the site’s archaeological value.

When the library was officially opened, in a ceremony attended by heads of state, royalty and other luminaries, he was nowhere to be seen. He had not been invited.

Mostafa Abdel Hamid el-Abbadi was born on Oct. 10, 1928, in Cairo. His father, Abdel-Hamid el-Abbadi, was a founder of the College of Letters and Arts of the University of Alexandria in 1942 and its first dean.

Mostafa el-Abbadi earned a bachelor’s degree with honors there in 1951. A year later, he enrolled at the University of Cambridge on an Egyptian government scholarship. He studied at Jesus College under A. H. M. Jones, the pre-eminent historian of the Roman Empire, and earned a doctorate in ancient history there in 1960.

Two years before, in Britain, he had married Azza Kararah, a professor of English literature at the University of Alexandria, who had earned her doctorate at Cambridge in 1955. She died in 2015.

Professor Abbadi and Professor Kararah returned to Egypt in the 1960s to be lecturers at the University of Alexandria. They held many visiting fellowships and appointments throughout their careers. From 1966 to 1969, they taught at Beirut Arab University in Lebanon.