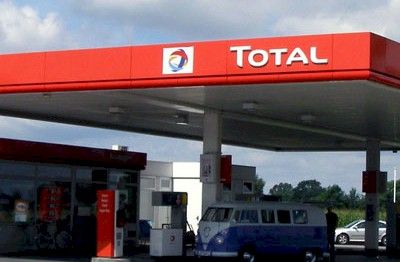 French energy company Total is preparing to make an exploratory marine drilling off Cyprus, a Ministry of Commerce and Energy source said on Saturday.

Total, along with Italy’s ENI and Exxon Mobil, was awarded licenses for hydrocarbons exploration by Cyprus last month.

The ministry source said Total plans to drill in block 11 of Cyprus’ exclusive economic zone, which shares a boundary to the south with the giant Egyptian Zohr natural gas well, the largest ever field discovered in the eastern Mediterranean.

“We do not know yet when the drill will start, but we were notified that it will be soon,” the source said.

The Zohr discovery by ENI reinvigorated interest in the eastern Mediterranean natural gas as the drilling was done in carbonate layers, whereas previous successful natural gas drilling was carried out in lime layers.

A Total official said recently that the company’s interest in Cypriot block 11 was prompted by its proximity to the Zohr discovery, estimated to contain 30 trillion cubic feet of gas.

Cypriot experts have said that block 11 sits on an undersea mountain range known as Eratosthenis, which was considered to be the source of all hydrocarbons in the eastern Mediterranean.

The news about the impending drilling comes as efforts to solve the Cyprus problem are nearing a peak, with guarantor countries Greece, Turkey and Britain joining in discussions about security arrangements.

Turkey objects to drilling by Cyprus without the active participation of Turkish Cypriots, who pulled out of the government and the state 53 years ago.

The discovery of natural gas in Cyprus’ continental shelf by United States-based Noble Energy and nearby discoveries by Israel is considered by analysts to be a factor strongly influencing Turkey’s interest in solving the Cyprus dispute.

Cyprus and Egypt signed a framework agreement last August for the transfer of natural gas discovered by Noble Energy via pipe to Egypt’s liquefaction terminals. The gas field, about 85 km off Cyprus’ southern shores, is estimated to contain 4.5 trillion cubic feet of natural gas.

Some analysts say that Turkey counts on joining in on the proceeds from the gas by offering facilities for a gas pipe through its territory to Europe.
An alternative route for the pipe is from the gas fields to Cyprus and Greece and from there to Prindisi in southern Italy.

This route had originally been excluded because of the high cost involved in the project which calls for a pipe 2,000 km long, most of it on the sea bed, capable of a yearly capacity of 12 billion cubic meters of gas.

But recent revised estimates by the European Union lowered the cost to around 5 billion euros, which is considered by specialists to be a viable proposition.

The director general of the energy ministries of Israel, Cyprus, Greece and Italy are to meet in Brussels on Monday to consider plans for the project.

Their talks will prepare a meeting of the Energy Ministers of the four countries scheduled for next month in Jerusalem.