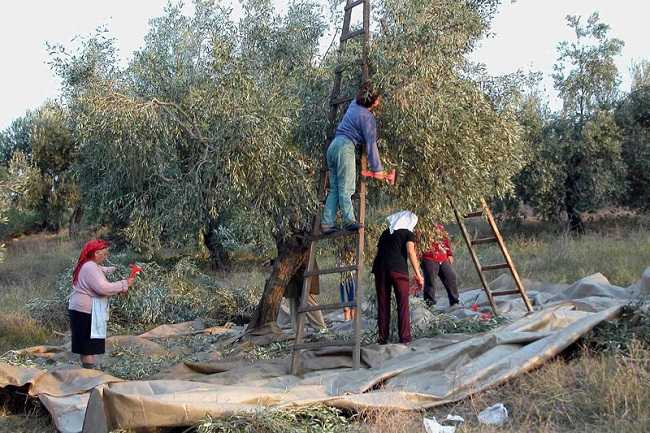 Praised for its exceptional quality, Greek olive oil is one of the few products keeping the country’s economy afloat. A series of producers are trying hard to update a centuries-old tradition, and their efforts are not being unnoticed. Last month, quite a few olive oil producers managed to collect awards in the 2016 New York Olive Intertantional Oil Competition (NYIOOC). It hasn’t been easy: 820 olive oils from 26 countries were competing to be judged by an international jury of experts.

Facing competition from Chile, Australia, the United States and – of course – Greece’s main competitors, Italy and Spain, eight Greek producers received gold awards, eight silver and two were awarded for being ‘best in class’: Chryssopigi PDO from Sitia, Crete and Argali, producer Giovanni Bianchi’s koroneiko variety from Messinia. An Italian computer programmer based in Rome, Bianchi, was born in Thessaloniki, Greece, where his family lived for his first 11 years, creating such “a strong link with Greece” that he decided to buy land with 250 hardy olive trees in Gargalianoi, western Peloponnese, in 2004.

“From that year, I began dreaming and thinking about olive oil. I studied, took classes in Italy on oil tasting, and convinced the millers to make oil as I wanted,” he told in an interview with Olive Oil Times following his award.
“My dream would be to return to Greece and make this great passion my job.” Already, he personally manages every harvest, bottling, and pruning session.

As for Vitsentzos Kornaros, producer of Chryssopigi and a champion of Cretan olive oil, he shared the secret of his success: “We believe in our product, and we work very hard to be so good. We care for our olive trees with love and knowledge that enriches them in every way.”

Another koroneiko from hand-picked Cretan olives, Gaea Sitia, won a gold medal for its “woody notes and mildly intence aroma”. Hellenic Agricultural Enterprises’ Acaia, from hand-picked Kolovi olives that grow in the mountainous groves of the Aegean island of Lesvos, also won a gold medal for its “richly complex aromas” and “excellent harmony” and experience the distinctive flavors of this exceptional olive oil.
“In fact, we created our Acaia brand in order to introduce consumers everywhere to the island’s olive oil, which is proverbially famous for its aromas and delicate flavour,” said Ellie Tragakes of Hellenic Agricultural Enterprises.

Kyklopas Olive Mill, by Argyris Kelidis Argyris S.A., won a gold medal for its “aromas of fruit, green grass, artichoke herbs and notes of almond, apple and walnut”. The producer also won for the organic line of product, a monovarietal cold-pressed, early harvest extra virgin olive oil from very green olives which are picked only in the month of October.

Niki Kelidou, president of Kyklopas (or Cyclops), also spoke to Olive Oil Times, stating “each prize our company wins gives added value and also shows us that we are on the right track”.

Another extraordinary organic olive oil, Eliris, crafted by Iris Iris Efthimiadi and her fiancé Sam Lord, also won the gold distinction. It was a great accomplishment for the pair, who gave up “successful careers in London” to return to northeastern Greece to “honour her father’s memory by rejuvenating and tending the cherished family olive grove”, an unusual mix of Greek olive varieties, including koroneiki, kalamata, tsounati, manaki, megaritiki and halkidiki.

An organic medium Nemoutiana, ‘Mythocia Omphacium’ (the word evokes Hippocrates’ characterisation for the best of all extra virgin olive oil, which was thought to be valuable for medicine purposes) is a brand that revives the ancient methods of early harvest and direct milling at room temperature, creating a balanced and complex intensity olive oil of high nutritional quality. Konstantinos Papadopoulos said he expects his gold award for Mythocia Omphacium Organic and silver award for Mythocia Omphacium to “help us give our brand the prestige we want. The fact that our products have won a number of distinctions in only two years is the result of people working hard and with passion and striving for quality. It is a great motivation to think that we contribute to spreading the excellent quality of Greek olive oil all over the world”.

Yanni’s Finest, a single-varietal green early harvest extra virgin olive oil with intense fruity aroma and flavour, was also awarded, gaining praise for its low acidity, intense fruity aroma and bitter taste with a characteristic pungent aftertaste. Apart from the gold, Yanni’s Limited PDO Chalkidiki also won a silver award, leading producer Evi Prodromou to say: “It was like we managed to climb Mount Everest, to the top of the world.” Yanni’s Olive Grove is the only company involved in the pilot project of a unique research method called ‘Application of Intelligent Agriculture’ which aims “to produce green early harvest extra virgin olive oils with the highest possible quality”. All aspects of production are under the care of the Krinos Olive Center and the American Farm School. ‘PJ Kabos’, a privately-owned label producing exclusively award-winning Greek extra virgin olive oil won for the ‘Family Reserve’ extra virgin olive oil which has an acidity of just 0.12 per cent during production, but also collected a silver award. James Panagiotopoulos, PJ Kabos founder and owner, attributed his company’s success to their maintenance of “high standards with no quality compromise, sparing no expense on our part in order to achieve this. From caring for our trees to olive harvesting, oil extraction, storage and transportation of the final product”, they come “as close to perfection as possible”.

As noted by Gaea’s Aris Kefalogiannis, Greece’s top winners are perfect examples of a trend in Greece: “More and more, especially young producers try to be informed and educated and produce olive oil following best practices. This will make the difference in the year to come.”