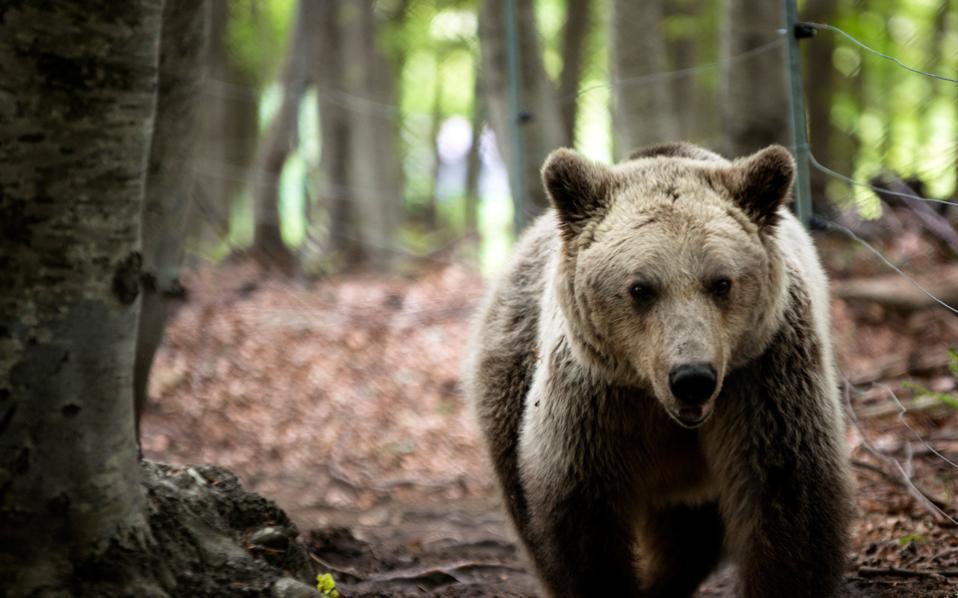 Residents in the northern Greek town of Kastoria were roused from their slumbers on Monday night after two young bears strayed into the town center.

According to a member of the Arcturos bear conservation society, the two cubs are around a year old and were initially spotted in a street beside Kastoria Lake shortly after midnight.

Nikos Panagiotopoulos, who is also a member of the Kastoria Environmental Protection Society, told the ANA-MPA news agency that four police patrol cars and two civilian vehicles were dispatched to the scene to contain the bears from wandering any further.

“Flashing our headlights and honking our horns, we tried to usher the bears to the town’s exit and back into the woods,” Panagiotopoulos. “Instead, they went into the cemetery and then started walking around the town center.”

Panagiotopoulos, who coordinated the effort to push the bears back into the forest, noted that the pair has been spotted near the town before, accompanied by their mother, and appeared undaunted by the human presence.

“There’s a playground right on the edge of the mountain where it slopes down into Kastoria and we’ve seen bears having a ball of a time, especially on the seesaw and spring rides,” Panagiotopoulos said.

After rousing dozens of residents who joined the effort, Panagiotopoulos and his team were able to escort the bears safely back into the woods after around four hours.