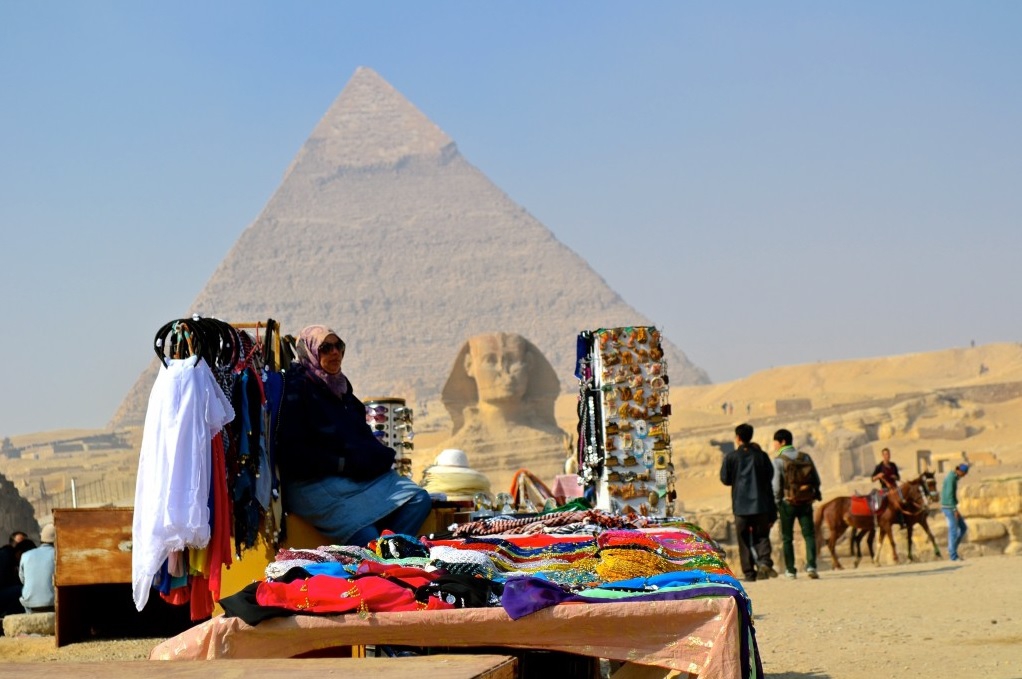 According to privately-owned El-Watan newspaper, Scowsill praised the newly imposed security measures at Egypt’s airports and said he would report what he has witnessed in that regard to British travel agencies. The chairman also said he will visit the Red Sea resort town of Sharm El Sheikh soon to encourage the resumption of flights.

Earlier this week, the 104th meeting of the Executive Council of the World Tourism Organization (UNWTO) kicked off in Luxor, one of Egypt’s foremost tourist destinations.

“Egypt is a worldwide leader in tourism and will continue to be so. The high level of attendance at this meeting is a confirmation of the confidence of the international tourism community in Egypt. Supporting tourism to Egypt is supporting its future and that of the Egyptian people,” UNWTO Secretary-General Taleb Rifai said at the meeting.

The country’s tourism industry, once the flagship of the economy and the second most important earner of hard currency, has been struggling greatly since the 2011 uprising that ousted longtime dictator Hosni Mubarak from power.

Several incidents, including the accidental killing of eight Mexican tourists and the downing of a Russian passenger plane last year, in addition to the brutal murder of Italian PhD student Giulio Regeni in January, have taken their toll on the country’s tourism flow.

More than 14.7 million tourists traveled to Egypt in 2010, with that number falling to 9.8 million in 2011. Tourist arrivals have largely failed to pick up during the course of 2016; according to statistics from the Central Agency for Public Mobilization and Statistics (CAPMAS), the number of tourists traveling to Egypt in June dropped by nearly 60 percent year-on-year to reach a meager 320,000.

According to a report from Egypt’s Ministry of Planning, the tourism trade in the country shrank by 34 percent during the first nine months of the 2015/2016 fiscal year.

The falling tourism revenues have been amplified by the dwindling foreign currency reserves that negatively affected the budget deficit.

However, some hope that the recent steps taken by Egyptian authorities, including the Central Bank of Egypt’s surprise move to devalue the Egyptian pound and the expected USD 12 million loan from the International Monetary Fund, will help set the country on the right track and bring back foreign investments and tourists.

Despite Egypt’s dwindling tourism revenues, which have played a part in triggering the country’s ongoing foreign currency crisis, Egypt aims to attract 12 million tourists by the end of 2017 by way of implementing an ambitious six-point plan, which will include increasing the presence of the national airline EgyptAir abroad, cooperating with low-cost airlines and improving services.