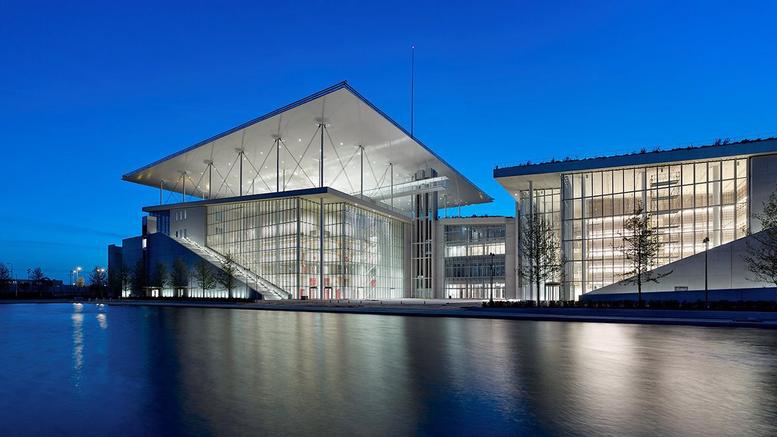 The Stavros Niarchos Foundation celebrates its 20th anniversary, fulfilling the original purpose of its establishment: to contribute, with all the means at its disposal, to the improvement of the lives of those less privileged and to support organizations and projects that are expected to achieve a broad, lasting and positive impact for society at large.

The SNF’s philanthropic activity, to date, has spread across 111 countries, with particular emphasis on Greece which—among other grants and programs—is where some of the most important initiatives of the Foundation are being developed, such as the development of the SNFCC, alongside Initiatives Against the Greek Crisis and for Recharging the Youth.

Since the commencement of its activities in 1996, to date, the SNF has made grant commitments of $1.9 billion (€1.56 billion), through 3,646 grants to nonprofit organizations across the world, in four main areas: Arts and Culture, Education, Health and Sports, and Social Welfare.

Specifically, during the last 20 years, the SNF has committed the following, in total:

▪ Arts & Culture: 752 grants (totaling €387 million), with the key strategic objective of broadening public access to the Arts, promoting Greek art and culture worldwide, encouraging creative partnerships between institutions, organizations and artists on a national and global level, as well as strengthening the social role of cultural organizations.

▪ Education: 1,107 grants (totaling €484 million), supporting the implementation of innovative educational programs, the establishment of new, innovative education centers in Greece and abroad, and the creation of significant capacity building opportunities for the benefit of numerous social groups.

▪ Health & Sports: 672 grants (totaling €287 million), which aim to improve the quality of life of society as a whole, while simultaneously helping to widen accessibility to comprehensive health care services for all.

▪ Social Welfare: 1,115 grants (totaling €409 million), mainly focusing on the needs of the most vulnerable groups (children, the elderly, the homeless, refugees, the disabled, etc.).

Initiatives: Against the Greek Crisis & Recharging the Youth

In addition to its regular grant-making activities, and in order to contribute towards the efforts to address the multifaceted effects of the crisis on the Greek society, the Foundation, beginning in 2012, launched initiatives totaling €300 million, with the aim of providing immediate relief to those mostly affected by the crisis, as well as creating new opportunities and better employment prospects for the younger generation, which has been severely impacted by one of the highest percentages of youth unemployment in Europe.

As part of the Grants against the Greek Crisis, the SNF has made 494 grants, totaling €164 million, in order to address the effects of the crisis. The purpose of this initiative is twofold: through the supported programs, it aims, on the one hand, to contribute to the immediate relief of those impacted more severely from the crisis and, on the other hand, to create those necessary conditions which will ensure long-term benefits. In this context, a series of grants were designed, based on a strategic and long-term perspective. The majority of grants supported the development, adaptation and expansion of existing social programs and the operation of grantee organizations. Additional grants were made for the purchasing of equipment or vehicles, as well as the construction and renovation of social structures.

As part of the Recharging the Youth Initiative, the SNF has made 57 grants, totaling €38 million, focusing on programs aimed at the development of entrepreneurship, the creation of skills, as well as education, while it continues to develop and assess programs—in collaboration with various local and international partners—which have the potential to provide a boost in youth employment.

In addition to the SNF’s 3,646 grants and the special initiatives, the Foundation’s philanthropic activity is complemented by the creation of a new landmark for the city of Athens: the Stavros Niarchos Foundation Cultural Center (SNFCC). The SNFCC is the Foundation’s largest single gift, with a total budget of €617 million, and it has already recorded some significant successes, even before its official delivery to the Greek State, which will be the project’s legal owner.

▪ The SNFCC’s construction was completed within 4 years, adhering, without any major deviations, to the original project timetable, despite the project’s scope and complexity.

▪ Designed by the Renzo Pianο Building Workshop, the SNFCC is one of the few projects worldwide, which houses two national cultural and educational institutions, namely the Greek National Opera and the National Library of Greece, complementing them with the Stavros Niarchos Park, with a total surface area of 210,000 m², which connects the city center with the urban waterfront.

▪ According to a study by the Boston Consulting Group, during the project’s construction, the SNFCC added €1.1 billion to the country’s Gross Domestic Product (0.2% of GDP per year), contributing €57 million in tax revenues. According to the same study, the construction of the SNFCC created more than 13,000 jobs, in total.

▪ During the project’s implementation, best practices were used in terms of construction, alongside a mix of traditional and innovative materials, which ensured the SNFCC’s innovation and functionality. The SNFCC earned the prestigious Platinum LEED certification, the highest possible rating for environmentally conscious and sustainable buildings.

▪ Beginning in mid-August of 2016, when the project opened its doors to the public through a series of free events, funded exclusively by the SNF, the SNFCC welcomes on a weekly basis more than 35,000 visitors.

Andreas Dracopoulos, Co-President of the Stavros Niarchos Foundation, stated: “At a first glance, the 20-year course of the Stavros Niarchos Foundation may reflect the innumerable needs of society worldwide. For us, however, it also reflects people’s possibilities and prospects, for which we should all strive more. We feel proud that after 20 years of grant making activity, we have managed to evolve and strengthen our initiatives, while at the same time remain flexible to respond to all kinds of challenges, from the greatest ones, such as the creation of the SNFCC, to supporting a small organization that demonstrates vision and commitment. We hope to continue in the same way in the coming years, helping to make our world a better place, to the best of our abilities.”