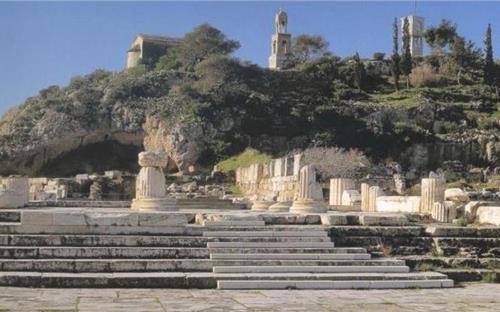 Elefsina, west of Athens, has won the title of “European Capital of Culture 2021”, the selection panel of independent experts responsible for assessing the Greek cities competing for the title announced on Friday.
Three cities had been short-listed after the initial pre-selection round in February 2016: Elefsina, Kalamata and Rhodes.

“In 2021, Greece will host its fourth European Capital of Culture after Athens in 1985, Thessaloniki in 1997 and Patras in 2006″, Tibor Navracsics, European Commissioner responsible for Education, Culture, Youth and Sport, said.

Underlining how popular the EU initiative is with cities and citizens, Navracsics congratulated Elefsina on its successful bid.

“I look forward to seeing Elefsina give visitors from Europe and all over the world the opportunity to discover the city and its cultural assets but also to appreciate the diversity of cultures in the European Union as well as our shared values – this is today more vital than ever”, he said.
Navracsics added that — as many previous European Capitals of Culture have shown — the title can bring the selected city significant long-term cultural, as well as economic and social benefits. “Benefits that Elefsina now stands to reap as well”, he said.

The main idea of Elefsina’s bid — Eleusis 2021 — was summarized in the phrase “Transition to EUphoria”, which highlighted the relationship between sustainability and the connection of all human activities with art and culture.

There are three European Capitals of Culture for 2021. Elefsina in Greece, Timisoarain Romania and Novi Sad in Serbia, a candidate country for EU membership.

Born in 1985 on an idea of the then Greek Minister of Culture, Melina Mercouri, the European Capitals of Culture have grown into one of the most ambitious cultural projects in Europe and one of the best known – and most appreciated – activities of the EU. Their objectives are to promote the diversity of cultures in Europe, to highlight the common features they share and to foster the contribution of culture to the long-term development of cities.