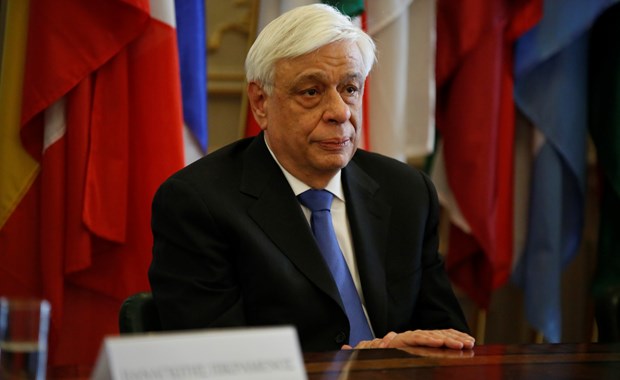 Ankara must offer a “sincere apology” for the slaughter of hundreds of thousands of Black Sea, or Pontic, Greeks by Turks almost a century ago, Greek President Prokopis Pavlopoulos said on Monday.
During a visit at Panaghia Soumela monastery near Veria, in northern Greece, to mark this year’s August 15 feast day in the Greek Orthodox calendar commemorating the Dormition of the Virgin, Pavlopoulos said that the nation would continue to fight “until the recognition of the genocide of Pontic Greeks and the expression of a sincere apology by the descendants of the perpetrators, Turkey.”
Greece has officially recognized the murder of up to around 370,000 Greeks who lived on the shores of the Black Sea between 1914 and 1923 as genocide since 1994, designating May 19 an annual day of remembrance.
The Greek President also criticized a recent decision by Turkish authorities to refuse permission for a religious ceremony to mark the day at the historic Monastery of Panaghia Soumela in the mountainous Trabzon region – known to Greeks as Trapezounta – of Turkey, citing building repair works.
Pontic Greek associations have expressed doubt over the intentions of Turkish authorities and have linked the suspension of the religious ceremony to the conservative wave enveloping Turkey following last month’s failed coup.