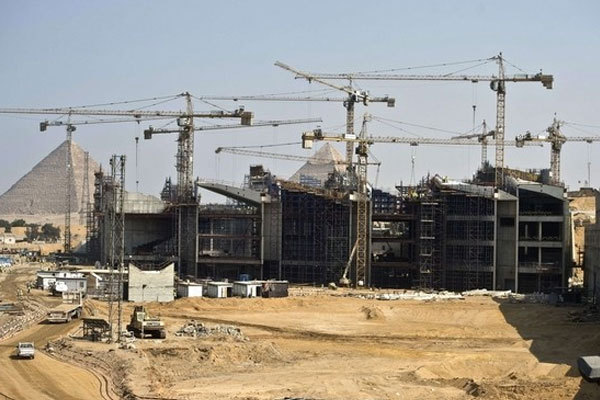 The Ministry of Antiquities is planning to finish construction of the first phase of the Grand Egyptian Museum before 2016’s end.

The ministry aims to have the museum partially-opened by mid-2017, keeping in mind several suggestions to increase its resources. According to dailynewsegypt.com, the Minister of Antiquities, Khaled El-Anany has discussed new sources of revenue for the ministry, such as offering package ticket deals to tourists, which include several archeological sites at discounted rates.

El-Anany also mentioned that the ministry is promoting Egyptian antiquities globally through media, as well as opening new archeological sites and several other museums and palaces that have been shut down in 2011. Prime examples of such are the Pyramid Complex of Unas in Saqqara and the Tombs of Nefertari in Luxor. Ticket prices have also been lowered for tourist groups.

As for the Egyptian Museum, the ministry plans on keeping it in full operation even after the opening of the new Grand Egyptian Museum, on account of only some of its monuments being transferred to the new one.