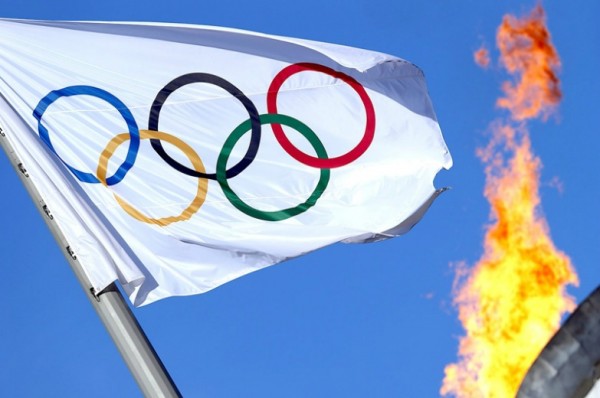 In a spirit of international cooperation and common sense I think we should promote the idea of just giving the Summer Olympics to Greece. Permanently. By all accounts they made a reasonable fist of it when they last had them and could do so time and time again. It has a nice historical touch … returning them to their birthplace.

Let’s face it, Greece has its back to the wall. They are not blessed with enormous wealth from natural resources nor, to be frank, anything like a Germanic work ethic. There’s no easy road, much to their horror.

Being the permanent host for the Olympics would give them a great lift. Basic infrastructure would improve, which, aside from servicing the Olympics, would help people who wanted to work and make money do just that.

Tourism would increase, providing jobs. There are other reasons why it’s a good idea. For a start it would end the ridiculous competition associated with countries vying to win the hearts and minds of the IOC.

You can kid yourself it doesn’t happen if you like but I think it’s a fair bet corruption is in there disguised in myriad ways. Maybe straight cash, maybe some scholarships here, a consulting job there, a touch of aid … who knows?

More to the point, it would stop the crazy re-allocation of capital towards Olympic infrastructure that might be better put to use elsewhere. This is true of wealthy countries but even more so of those not as economically lucky.

While we revel in our athletes winning medals there are families and kids in Brazil that are wondering why so much money has been spent on the Olympics when there are hospitals, schools and roads that are needed.

Australian Olympic chief John Coates has described Rio as being difficult in part because the economic circumstances have changed so dramatically from the time when they were chosen. No doubt that’s true. In current times security will always be high at big events.

Nonetheless, the necessary security in Rio is also related to a general lawlessness amongst a certain element of the population. Then there’s the doping issue. There may be all sorts of good reasons the IOC has made the decisions it has.

To mums and dads from the outside and clearly to a lot of athletes it seems that drug cheats get off lightly. In this area the Games have been a disaster. Clean athletes are clearly angry that the rules just don’t seem to cut it. The publicity flowing around the question of doping adds a certain smear and tarnish to what was once an image of excellence and competition. It can’t go on like this. Hopefully the IOC will recognise that doing just enough to muddle through would be unwise.

The better course would be to recognise the cancer and put every bit of energy they can into stamping it out. Drugs are not a new problem,they are the problem with which the IOC has failed to deal.

As custodians of the Olympic image they must step up to the plate. It’s also the right thing to do for all the athletes who train so hard for so long and keep clean.

I recall attending the IOC in Geneva a few times as minister when WADA was being set up. As we went up in one of those glass lifts, my chief of staff lent forward and whispered something quite prophetic in my ear. “This is the most transparent thing you’ll see today.”

At one of the dinners, after everyone else’s meal had been served, a young woman with the appearance of a very expensive chocolate wheel spinner walked somewhat ostentatiously to the side of then president Juan Antonio Samaranch and placed his meal, different from ours, in front of him. Now we could commence eating. He was the emperor. Rumour had it that when Samaranch travelled the whole floor of a hotel would be booked. No doubt some rooms for an entourage.

Rumours have a way of expanding and exaggerating but I think we can be sure that the purpose of this rumour was to pass on an essential truth, that the IOC is a law unto itself and a gravy train of the highest order. We are all delighted to see our athletes win medals. We are treated to great stories of determination, commitment and finally triumph. No doubt there are stories with not so happy endings.

In reality just getting to the Olympics and participating is an enormous achievement but we can’t help but focus on the medal count.

It may seem churlish but some have suggested that for those who do strike gold in terms of medals and subsequent sponsorship a little nod to the taxpayers who funded their journey would be a good thing. I know they couldn’t get there without years of gruelling training and personal commitment … but those medals cost us millions of dollars each. Some contribution over and above normal taxation wouldn’t seem unfair to me.