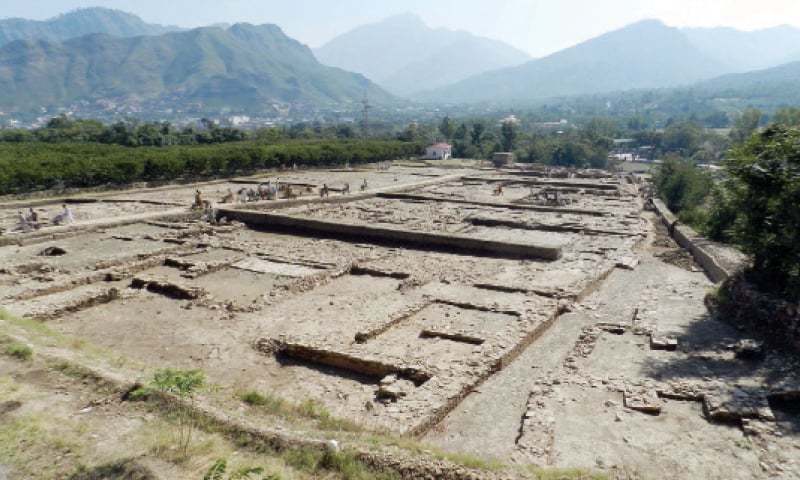 Pakistan has unearthed the city defeated by Alexander the Great.

The ruins that Italian archaeologists have unearthed in modern-day Barikot, in Pakistan’s Swat Valley, once belonged to Bazira, the city conquered by Alexander the Great.

In short, Italian archaeologists working in the Italian-Pakistani excavations in the Swat valley did not go on vacation this summer.

Bazira is mentioned in classical sources as having been put under siege and conquered by the Macedonians led by Alexander the Great towards the end of the 4th Century BC. Up to now there had been no trace of this ancient city. Archaeologists had dated the city at the Indo-Greek period of King Menander, the Greek King of Buddhist faith who ruled almost two centuries after Alexander and whose coins were found in the excavation site.

The Italian Archaeological Mission (renamed ISMEO), founded by Giuseppe Tucci in the Swat District in 1955, has been excavating in Barikot since 1984. Since 2011 the excavations at Barikot, the ancient Bazira (12 hectares including the acropolis) have concentrated on approximately one hectare in the south-western quadrant of the city.

During the last few weeks, an analysis of the materials conducted with the help of the CIRCE team headed by Prof Filippo Terrasi (Napoli2 University, Department of Mathematics and Physics) revealed that the pre Indo-Greek city levels can be dated with absolute certainty at the middle of the 3rd Century BC, one century prior to the city walls, which means in the middle of the Mauryan period. And that’s not all: the protohistoric village unveiled by the trench foundations outside the city walls dates back to 1100-1000 BC.

“Today it is clear that the Indo-Greeks fortified a city that already existed and that, in order to build the city walls, they destroyed most of the stratigraphy and exposed extremely ancient structures through extended and deep terracing work. We used to think that the city lays on nothing more than a late protohistoric settlement. Today we know that it was already a city and that the ruins at the foot of the walls are 800 years older than we had originally thought,” said the Mission Director, Luca M. Olivieri. This means that the city reveals an amazing sequence of occupation.