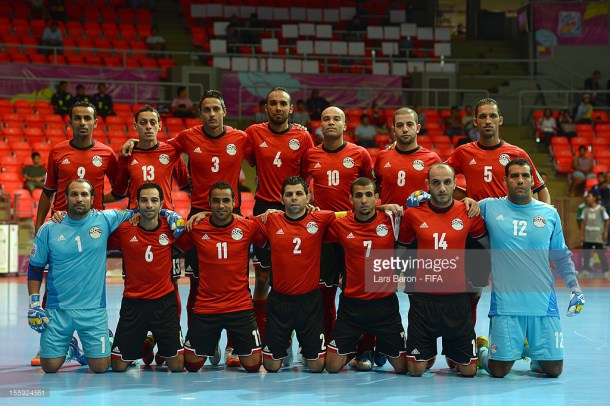 FIFA have announced the nations that have shown interest in hosting the 9th edition of FIFA Futsal World Cup in 2020, with Egypt named as a contender, showing their desire to host the event.

Egypt is among a list of a record 13 countries from five Confederations that bid to host the tournament, due to take place in four years. The full list of countries include Egypt, Croatia, Czech Republic, Costa Rica, Iran, Japan, Georgia, Kazakhstan, Lithuania, United Arab Emirates, United States of America, Netherlands and New Zealand. The only continent not to have a nation in the bidding processes is South America as Colombia will be hosting the 8th edition next September.

After showing their desire in bring the tournament into their homes, the Member Associations will now receive bid packs which include more information about the bidding processes and the requirements needed to be fulfilled in order to host the tournament. The next step will be the Member associations ensuring their commitment. The formal declarations of interest should be done by 6th of May. The host is expected to officially announced in December.

The 2020 tournament is going to be the 9th edition of FIFA Futsal World Cup, with the first having taken place in 1990 in the Netherlands. The 8th edition will kick off this September in Colombia, with Egypt still in the running for a qualifying spot.