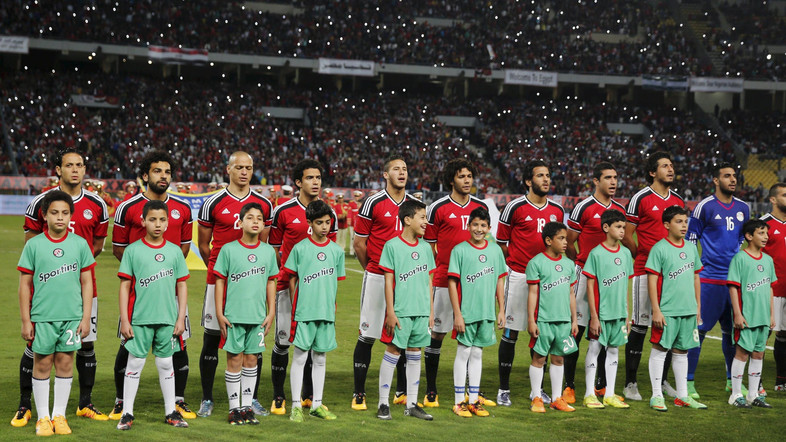 As sporting images go, the sight of 40,000 fans packed into the 16,000 capacity Ahmadu Bello Stadium in Kaduna to watch Egypt take on Nigeria was spectacular. Terrifying, yet spectacular. It demonstrated just how much significance is attached to Africa Cup of Nations qualification.

Somehow a major disaster was avoided, as fans climbed on to floodlight towers and nearby pylons to catch a view of the match. Such security failings made headlines around the world, but the result was also an important one for the Egyptian national team. The 1-1 draw kept them in control at the top of Group G.

Egypt followed that up by claiming a 1-0 win over Nigeria in the second part of their qualification double header, putting Hector Cuper’s side on seven points from three fixtures. The Pharaohs have yet to suffer defeat, winning two and drawing one in their efforts to make it to Gabon next year. So far so good.

But for Egypt right now the future must be viewed through the prism of the bigger picture. Qualification for the 2017 Africa Cup of Nations would provide them with something of a springboard, but further success must follow if they are to make the most of the talent they have at hand.

The Pharaohs have long been giants of the African game, excelling at the Africa Cup of Nations over the past decade. Egypt won three successive AFCONs between 2006 and 2010 but have since missed three successive tournaments as they endured something of a transitional spell. Now they’re finally emerging on the other side.

Of course, Egypt’s struggle in recent years has been partly attributable to the turbulent political situation in the country, with former Bob Bradley in particular facing difficult circumstances as the Arab Spring prompted governmental and cultural change. Football mattered little at such a time as domestic leagues were suspended.

But their recent progress is about more than just a newfound societal stability. Egypt’s talent pool is as dynamic and exciting as it has been for a generation. Mohamed Elneny and Mohamed Salah in particular are seen as the vanguard of the country’s next great team, with both players thriving in Europe.

“They have been awesome in the recent weeks, and hopefully they will continue their in-form performances,” Cuper said of his European-based players, including Salah and Elneny. “I believe in my work; I believe in my players. I’m positive we are going to do a good job. That’s the spirit we need.”

Indeed, with those two players leading the attacking line Egypt have the quality to break down any side in Africa, but now they must prove as much in a global sense. The Pharaohs have yet to kick off their World Cup qualification campaign, but Cuper must set his sights on making Russia in two years time, even at this early stage.

Egypt’s failures at the World Cup have long proved a paradox for the continent’s most dominant national team. They haven’t made the step up to international football’s biggest stage since 1990, with World Cup qualification the perennial hurdle to have tripped many before Cuper. Their AFCON success is yet to translate into anything at international football’s most prestigious tournament.

And so two talents like Elneny and Salah at their current disposal Egypt need to take the chance they have been afforded. Ahmed Hegazy, Ramy Rabia, Mahmoud Trezeguet, Ahmed Hassan Mahgoub and Ramadan Sobhi make up the remainder of the country’s next generation, giving them a well founded grounding for the future.

That future must include an appearance at the World Cup. The course has been set for next year’s Africa Cup of Nations, but Cuper should start plotting the way to Russia. For Egypt, AFCON qualification is about more than just the AFCON.