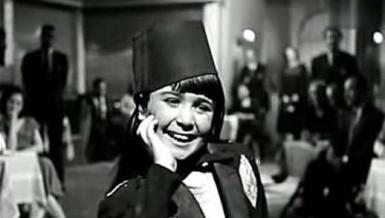 Egyptian actress Feyrouz passed away Saturday morning, 30/01/2016, at the age of 73, according to actor and senior member of the Actors’ Syndicate’s board of directors, Sameh El-Sereity

The celebrated actress, who was nicknamed “the miracle child”, suffered from kidney and liver disorder. Her condition had deteriorated recently, and she had been placed on a ventilator before she passed away.

Feyrouz was known for her musical performances in black and white films, in which she usually appeared with the late renowned actor, Anwar Wagdy. She appeared in 10 films over the course of nine years, before retiring at the tender age of 17.

She appeared in “Yasmine”, “Feyrouz Hanem” and “Dahab”, three of the best-known films in the history of Egyptian cinema, wherein her musical performances marked the main reason behind their success over the years.

In 2001, she was honoured at Cairo International Film Festival for her contribution to Egyptian cinema.