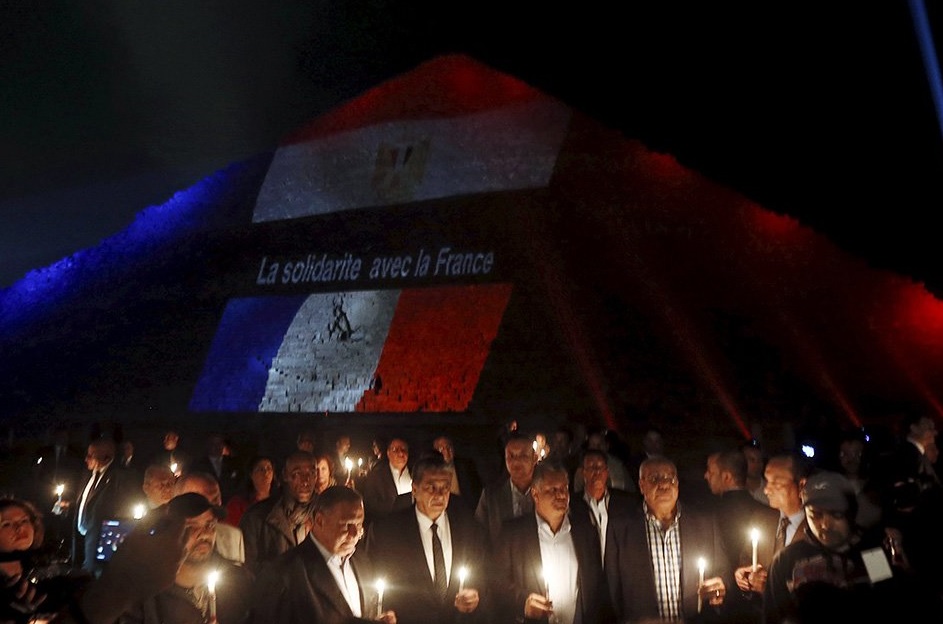 As monuments across the globe changed their colors to red, white, and blue to mourn those killed in the deadly Paris attacks, Egypt’s Pyramids were lit up with the flags of France, Lebanon and Russia. “La solidarite avec la France [solidarity with France],” read big white text that was illuminated on the Pyramids with the flags of Egypt and the three countries. White text also appeared to show solidarity for Lebanon and for Russia. The lighting then changed to highlight each of the countries, with a message written in their native language that translates to “We stand with the people of Lebanon” and “We stand with the people of Russia.” In the shadows of the Pyramids, lit up by the moon and the sound and light show, people held candles in memories of those killed in the past month.