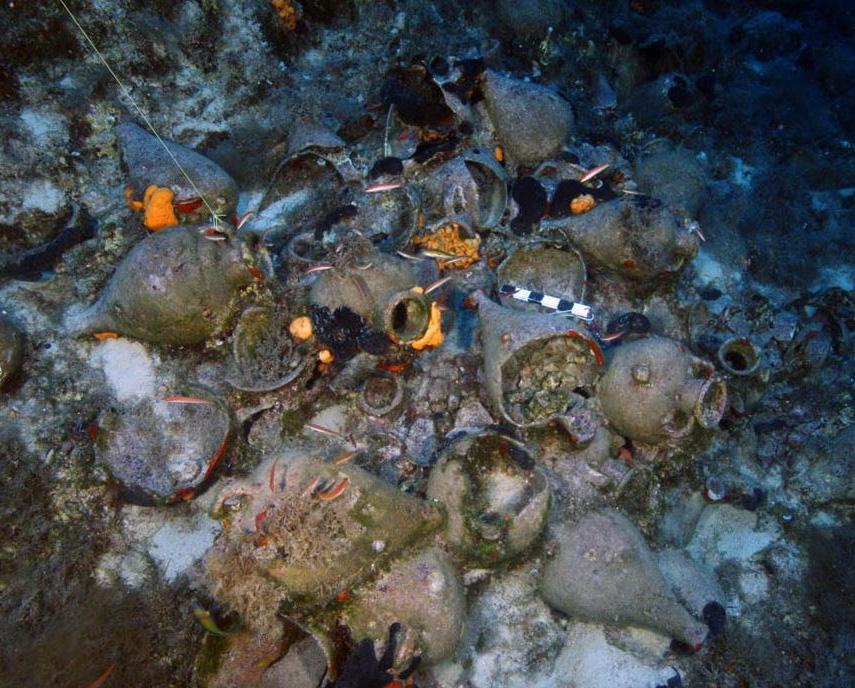 Marine archaeologists have made a “once in a lifetime discovery” after finding 22 ancient shipwrecks near the same Greek archipelago. The Greek and British expedition crew uncovered the wrecks, which date back as far as 700BC, around the archipelago of Fourni, which is in the middle of an ancient trade route between Greece, Egypt and Cyprus. Archeologists now believe there could be up to 40 shipwrecks in an area of just 17 square miles.

The Greek director of the expedition, George Koutsouflakis said: “In a typical survey we locate four or five shipwrecks per season in the best cases. “We expected a successful season, but no one was prepared for this. Shipwrecks were found literally everywhere.” The majority of the wrecks date from between 700BC to 600AD but one was found to have sunk in the 16th century. Fourni is a collection of 13 islands between the islands of Samos and Icaria and was an important staging post in the long distance trading routes between the Black Sea, the Aegean Sea, Cyprus, the Levant – roughly comprised of modern day Lebanon, Israel and Jordan – and Egypt.

It is the first time the seabed around the islands has been surveyed in the expedition, which was paid for British archaeological charity the Hope Frost Foundation. The discovery now makes up 12 per cent of the known shipwrecks found in Greece and the expedition’s British director Peter Campbell believes it is unlikely to be repeated. He told the Washington Post: “I don’t think I’ll ever get the chance again to come upon 22 shipwrecks in a single season. “It’s really a once in a lifetime discovery.