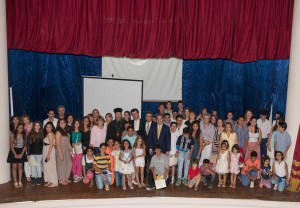 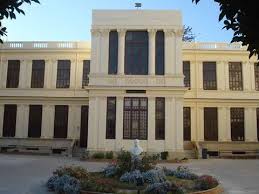 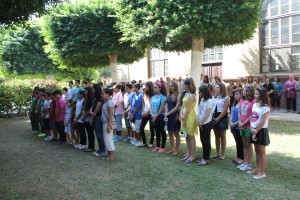 The first Greek public school in Alexandria, known as “School of the Greeks”, was founded before the formation of the Greek Community. After the Greek Community of Alexandria was founded in 1843, two community schools operated in the city, the Greek school and the school of mutual teaching, which were located in Frankas Street. In 1854 the Community schools were transferred to the Tositsaio school. The Tositsaio School was built with the funding of Michael Tositsas in order to house the Primary Boys School, the Primary Girls School, the first high school classes, a Business School and night schools for foreign languages.

In 1890, a four class high school operated, recognized by the Greek government as equal to the high schools of the homeland, and was named Averofeio Gymnasium of the Greek Community of Alexandria in honor of the national benefactor George Averoff , who offered large sums for the organization of the community education.

In 1909 the school was relocated to Zervoudakeio School in Chatby, which was built at the expense of 15,000 Egyptian pounds donated by George Zervoudakis. In 1912 – 1913 it became a five-class school, with the addition of the seventh class of the primary school, which became the first class of high school. During the school year 1916 – 1917 a big stadium and a gym were built. The stadium, as well as the gym, made the establishment of the school games possible in 1920. In the same year, Nicholas Salvagos instituted scholarships in higher education institutes and colleges for the destitute/indigent/disadvantaged graduates of Averofio. In 1929, Averofeio became a six-class school. Later on, in 1946, it is divided after the third class into Classic Department and Department of Science, and in 1948 the national exams conducted in Egypt were established to ensure graduates of Greek high schools of Egypt can continue studying in Egyptian universities. In 1960 Averofeio becomes a mixed school and in 1976 it was renamed to Averofeio High School of the Greek Community of Alexandria. In 1990 it was awarded by the Academy of Athens for its contribution to the Greek education. Averofeio has a laboratory, independent theater (Julia Salvagos), natural history museum and an impressive library. During the course of many years it has proved to be one of the largest and finest high schools of Hellenism of the Diaspora, where many scientists, literati and artists graduated.