Greek seal to expand to more types of commodities 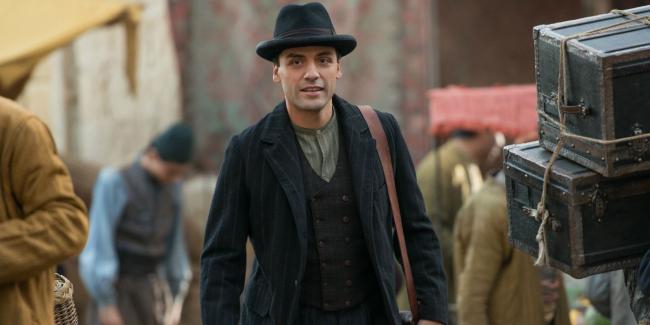 Finally, a film on the Armenian, Assyrian, and Greek genocide hit mainstream US theatres.

I urge you to watch The Promise. It’s an epic movie. Actor Christian Bale plays a great character as Chris Myers, an American reporter, who exposes the Armenian, Assyrian, and Greek genocide.

Chris Myers was a true American reporter who reported on the truth. Not what you see in today’s fake news American media outlets and newspapers such as CBS, ABC, NBC, MSNBC, CNN, NPR, PBS, New York Times, Washington Post and other establishment, globalist-owned media outlets.

The movie shows the start of the genocide and the Armenian resistance on Musa Dagh where French Naval forces helped saved a few thousand Armenians.

The genocide of the Christian Armenians, Assyrians, and Greeks by Muslim Ottoman Turks has been exposed to mainstream America and the world via Hollywood. The outlaw war criminal Muslim tyrannical government of Turkey can no longer deny or keep the genocide secret anymore. It’s out in the open. Islamic tyrant Turkish President Erdogan can’t say anything. Turkey spent millions since the 1950s bribing the US Department of State, US Department of Defense, US bureaucrats, and the US Congress to deny the genocide. Turkey fails. We win!

This goes to show you how persistence pays off. The Armenians, Assyrians, and Greeks must never give up on our issues.

As famous Rocky Balboa says in one of his Rocky movies, “It’s how hard you get hit hard and keep moving forward.”

Alex Aliferis has worked in Washington DC on issues linked to Greece and Cyprus, as well as activating and mobilising America’s ethnic Greek voters for Republican candidates. Alex is also focused on strengthening bilateral ties between Greece and the US.