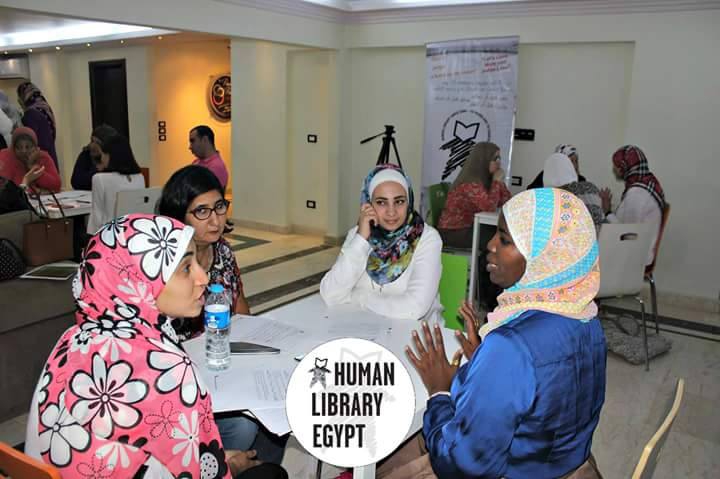 There is a library in Denmark where people replace books, and conversations replace silent reading, ones that shatter societal stereotyping and prejudices. This unique experience is now coming to Cairo.

Human Library Egypt is holding a one day event at Sheraton district on Friday, with five “books” discussing drug addiction, refugees, special needs, the first single lady adopting a child, and a different looking girl whose features are regarded as ugly and unacceptable by those around her.

“The personalities represented in Human books are mainly ones that suffered from widespread stereotypes in the Egyptian society,” said Amira Rizk, one of the organizers of the event.

Some of the books approached Human Library Egypt after coming across the idea through social media because they wanted their story to be heard by others and their challenges to be understood. Other books were approached by the initiative after knowing about them either through an article, TV program or talks featuring them on any medium

“We are hoping that this experience on the long term creates a free judging society where people become more and more tolerant to others by learning to accept differences that s an integral part of creation,” Rizk said.

Implemented in 70 countries, Asmaa Ismail brought the idea to Egypt. Ismail believes in the power of healing of people through self expression, and in the impact people can do by just listening to others without even offering solutions.

For the execution, she checked the official Human Library page and applied to be one of the organizers. Her request to bring the idea from Denmark to Egypt was approved and she became the first representative for them in Egypt. The first event was held in May 2016 on a small scale, where the books were mostly volunteers from her network then gradually the idea started spreading.