Greek museum among the top 10 new museum openings in 2017 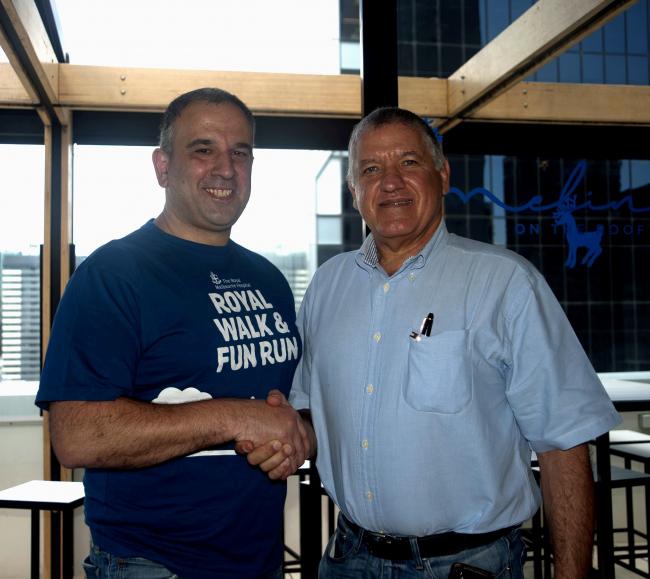 Despite the economic crisis, Greece is continuing to make a name for itself in the health and medical fields, and is fast becoming a popular destination for medical tourism.

On a recent trip Down Under, renowned Greek Australian fertility specialist and director of Greece’s largest fertility clinic Genesis, Dr Konstantinos Pantos met with members of the Greek Community of Melbourne (GCM) board to discuss potential ways to further the campaign to boost growth in the field.

A popular idea proposed was the prospect of organising and hosting a conference in Melbourne as a forum for Greece to exhibit its many achievements to the broader Australian community.

Amongst those joining Dr Pantos on the day were GCM president Bill Papastergiadis, general secretary Costas Markos, GCM treasurer and president of the Hellenic Medical Society of Australia, Associate Professor Marinis Pirpiris, and board members Michael Karamitos and Chris Sikavitsas.

Following on from the December 30 meeting, a follow-up Skype meeting took place on Tuesday between Dr Pantos and Orthopaedic Surgeon and Mayor of Amaroussion, Dr George Patoulis who is also leading the campaign, with Director of the Greek Centre Jorge Menidis and Mr Markos.

They reaffirmed their agreement that stronger medical, academic and trade networks, particularly in medical tourism, between Greece and the wider Diaspora would be a goal that all parties will actively work towards developing and nurturing.

“At the GCM we are happy and thrilled to cooperate with Dr Pantos and to organise the meeting in Melbourne later this year to show some of the medical achievements in Greece,” said Professor Pirpiris.

Dr Pantos was extremely satisfied by the enthusiastic and positive response he received in Melbourne, which came just after the successful conference the doctor held in New York for the further promotion of medical tourism in Greece.

If all goes to plan, the conference is expected to take place later this year in November.