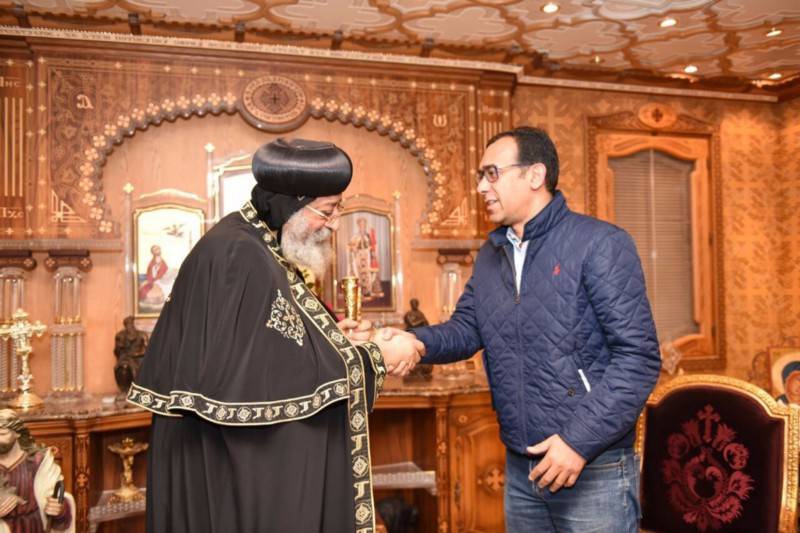 As a wave of sorrow and despair overtook the nation last week after a bomb was set off inside the St. Mark’s Cathedral in Cairo, many were wondering how they can help. Unfortunately, many of these thoughts were ultimately ephemeral. However, for Wael Fakharany, Managing Director of the car service application Careem, the thought of helping actually materialized into something real.

Fakharany set up an urgent meeting with the highest ranking Coptic figure in Egypt: Pope Tawadros II. According to an article written by Fakharany himself, Careem is launching a very simple initiative. The transportation network company is going to donate one Egyptian Pound from every Careem ride in the entirety of Egypt to a collective fund aimed at aiding the families of those who were injured or deceased as a result of the attack.

The latest initiative by Careem comes after it had decided to offer free rides to anyone travelling to a hospital to donate blood for the victims of the deadly terrorist attack.

For Careem, free rides for blood donation, which Uber also provided afterwards, was not enough.

“We felt we were in a position to do more. We felt like we had access to tools that would enable us to do more than just give our blood,” explains Fakharany in his blog post on Medium, adding that he managed to set up a one-on-one meeting with the head of the Coptic Orthodox Church.

“We wanted to use the tool we had at our disposal — Careem — in order to provide an umbrella and a banner under which Egyptians could unite and come together as one nation to help out,” explains Fakharany, continuing that the simple act could raise millions of Egyptian Pounds.

“Pope Tawadros II blessed my proposition and told me that we had his full support to go forward with what I had proposed to him,” writes Fakharany.

“I want every Egyptian to help us in this very simple way. Just ride a Careem between now and December 31st.”

Now as much as this initiative raises the question of whether the Fakharany-led Careem is launching this initiative to increase ridership and profits or not, we must acknowledge one thing: Fakharany and Careem are using the platform they have to make a difference. This initiative, regardless of all other aspects, epitomizes a company using the tools at its disposal to give back to the community and to encourage unity in a time of disunity; this initiative is what corporate social responsibility means.

Regardless of Careem and its initiative, the private sector in Egypt has the power to make a difference. This is especially the case when one takes into consideration that Egypt is a developing country that is, without a doubt, in need of all the social benefits that the private sector can provide the community with.

In a time of political, economic and social distress, will the private sector follow in Careem’s footsteps and make use of its platform to help our country, or not?