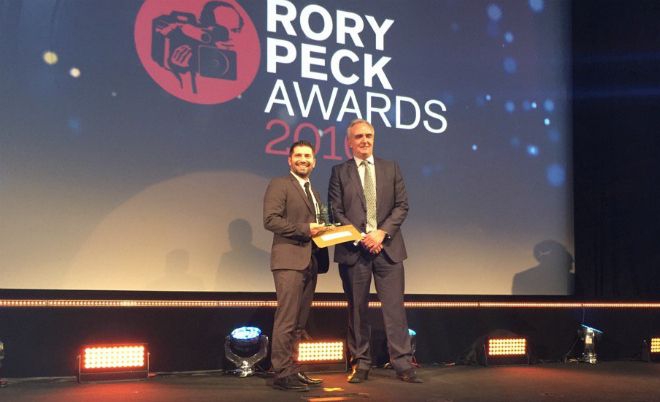 Filming from October 2015 to March 2016, Vassilopoulos focused his footage on following migrants on their journey as they arrived in Greece from Turkey and were settled in various camps such as the now demolished Idomeni refugee camp in northern Greece.

His achievements do not stop there as his coverage of the migrant crisis also captured migrants’ protests when in the spring of 2016 FYROM shut its borders to Greece, bottlenecking thousands of migrants.

A seasoned Vassilopoulos was chosen for the honor of this award because his work “brought the humanity of (the crisis) home” the judges commented on the award website, adding that “It’s difficult to do something exceptional when everyone is shooting it, however tragic and important the story is, and Will really managed that.”

Shooting the migrant crisis was not without its challenges for the cameraman who said that he found that working on the migrant crisis in particular “very challenging” and that the work brought about “an emotional toll for all of us in the field. It hurts you really hard when it happens at home,” he said.

“My intentions were always to film with utmost respect for migrants, and to film them with dignity,” he added.

The Rory Peck Award has been bestowed upon freelance news cameraman and women since 1995 as a part of the Trust in memory of the freelance journalist who was killed in Moscow in 1993.