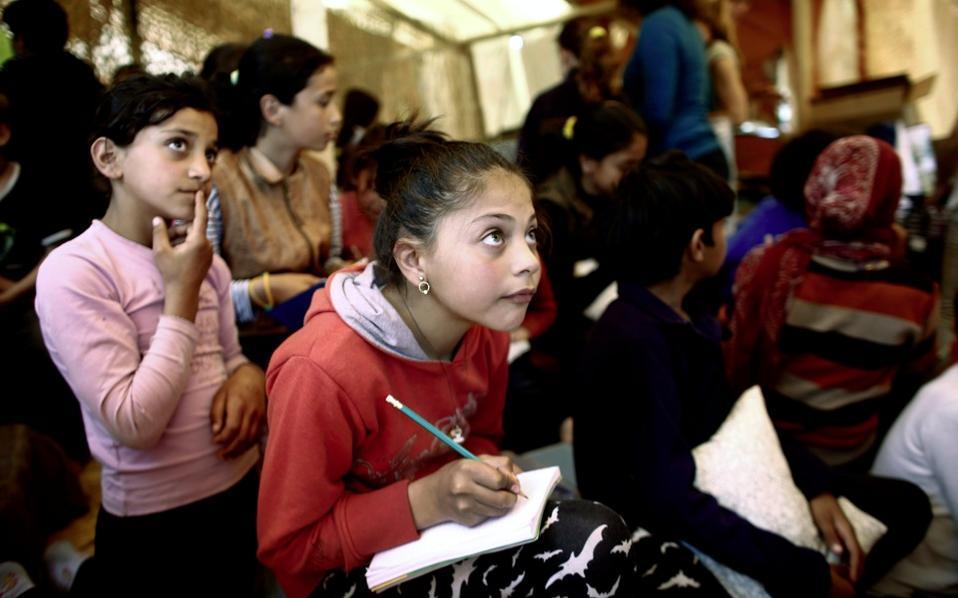 Greece began schooling some 1,500 children of refugees stuck in the country on October 10.

Afternoon classes will be held in 20 schools in greater Athens, Thessaloniki and other parts of the country, the ministry said.

But after two schools in northern Greece last month expressed opposition to the project, officials said only vaccinated refugee children will be allowed to participate.

“The gradual operation of other areas will follow the progress of the vaccination drive,” said ministry general secretary Yiannis Pantis, according to state agency ANA.

The Greek government had initially said it would enrol some 18,000 migrant children in schools from the end of September.

But last month parents in Oreokastro, a district near Thessaloniki, said they would not allow refugee children in their schools for health reasons, a stance condemned by the government.

Over 60,000 refugees and migrants are currently stuck in Greece after several European states further north shut their borders earlier this year.

This includes thousands of Syrians fleeing civil war, who are waiting for asylum approval or relocation elsewhere in the European Union.

But the procedure has been held up by the reluctance of many EU states to accept Muslim refugees after a spate of jihadist attacks in Belgium, France and Germany this year.