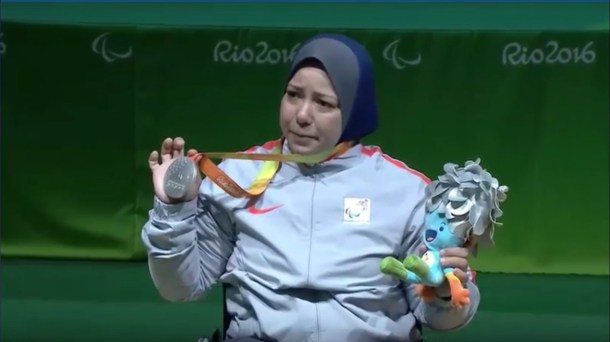 Egyptian powerlifter Fatma Omar won the silver medal of the women’s -61 kg event at the Rio 2016 Paralympics on Sunday. The 42-year-old missed out on the first attempt but was successful in her second and third attempts as she lifted 133 kg and 140 kg respectively to secure the silver medal. Fatma narrowly missed out on gold as Nigeria’s Lucy Ejike, who won silver in the London 2012 Games, broke the Paralympic and world record to finish first with a 142 kg lift. Yan Yang of China settled for bronze with a best lift of 128 kg. This marks Fatma’s first silver medal in the Paralympic Games as the five-time Paralympic medalist won four consecutive gold medals in the Sydney, Athens, Beijing and London Games. 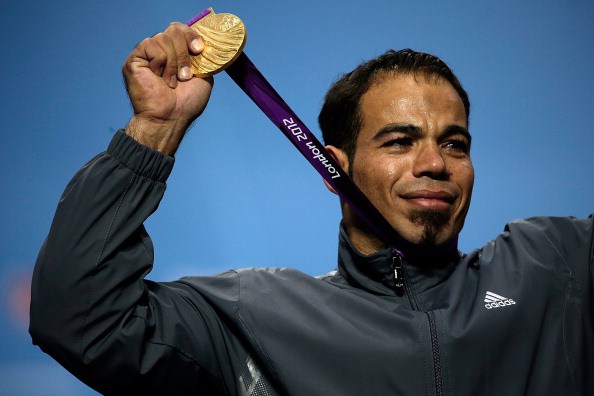 The 33-year-old broke his own Paralympic and world records on his way to win gold. He lifted 203 kg in the first attempt and 211 kg in his final attempt of the 59 kg competition to win Egypt’s first medal at the 2016 Paralympics, which runs from September 7 to 18.

Osman, who used to compete in the -56 kg event, is now a three-time Paralympic gold medalist as he won gold in Beijing 2008 Paralympic Games after a lift of 202.5 kg. He also clinched the gold medal in London 2012, winning Egypt’s first gold medal of the Games as well after lifting 197 kg.

Egypt’s Rehab Ahmed kicked off the day with a silver-medal winning effort in the women’s 50kg powerlifting event.

In what was a very close competition, Ukraine’s Lidiaa Soloviova set a new Paralympic record by cleaing 107kg, while Egypt’s Ahmed came in second place with a 104kg lift and Vietnam’s Thi Linh Puhong Dang in third place with a 102kg effort.

Ibrahim, 40, came third with a 193kg effort after Nigeria’s Paul Kehinde, who lifted 220kg, and China’s Peng Hu, who managed to secure a 200kg effort.

Ibrahim has previously appeared at four other Paralympic Games, but this marks his first Paralympic medal.