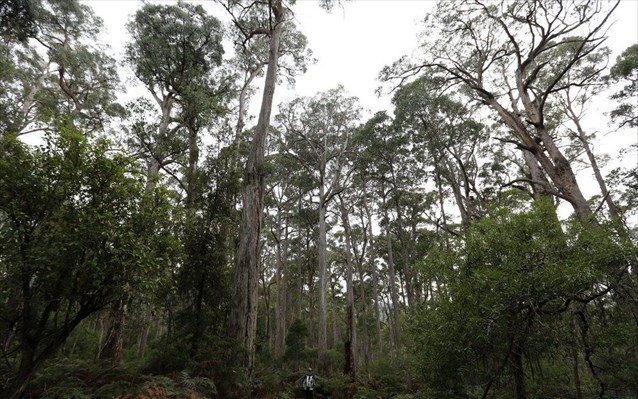 Desertification is a major issue throughout Africa, but there’s a simple way to stop the spread of deserts into fertile land: planting forests. The problem is that in the regions hardest hit by the phenomenon, there simply isn’t enough clean water to properly nurture the trees and keep them healthy. But an innovative project in Egypt proves that it can be done using repurposed wastewaterinstead of tapping into the sparse fresh water supply. The trees grown in the forest are thriving, and in fact, the eucalyptus trees have been found to produce wood at four times the rate of pine plantations in Germany.

Located about two hours from Cairo, the Serapium forest is part of a program initiated by the Egyptian government in the 90s. The 200-hectare plantation is home to a variety of native and non-native trees, including commercially valuable species like eucalyptus and mahogany. Though the soil in this area would normally be too devoid of nutrients to support new tree growth, researchers have found that by watering the trees with sewage effluent, the plants are able to flourish. The wastewater provides so many nutrients that additional fertilizer isn’t even necessary.

Related: The Great Green Wall of Africa could fight desertification and poverty

The sewage used to water these trees is at stage two in the treatment process. In the first stage, mechanical filters are used to remove dirt and garbage from the water. In the second stage, oxygen and microbes are added to decompose the organic material in the water. This leaves a fluid rich in phosphates and nitrogen, a mixture similar to that found in commercial fertilizers.

Normally, this wouldn’t be used to water crops – the amount of fertilizers in the water would be excessive for some plants, and the bacteria in the water could potentially contaminate fruits and vegetables. However, in areas where nothing is grown for human consumption, it’s perfectly safe to use.

In as few as 15 years, the trees in the plantation are ready to harvest with a production of 350 cubic meters of wood per hectare. By contrast, German pines would take around 60 years to reach the same level of production. So not only are the plantations helping Egypt retain its fertile land, but they’re also producing a valuable natural resource which would otherwise need to be imported from other nations.

It’s estimated that a whopping 650,000 hectares of the Egyptian desert could be converted to wood production if the country were to use 80% of its effluent for the cause. Right now, however, Egypt isn’t even close – and that’s primarily due to a lack of funding. However, it’s possible the nation might be able to use money from the UN’s Green Climate Fund or through private forestry companies.