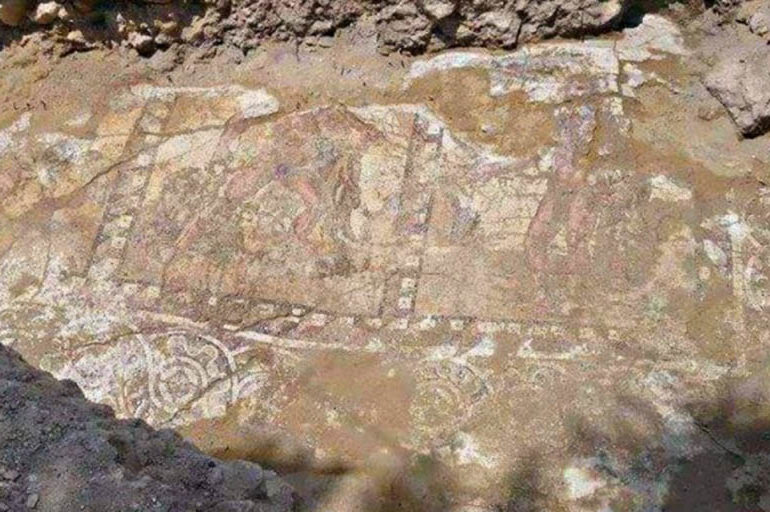 Mosaics from the second century AD which may depict the Labours of Hercules, have been uncovered in Larnaca during roadworks and appear to be of mayor importance, Sigmalive reported on Monday.

The mosaics which are reportedly in better condition than those at the Tombs of the Kings in Paphos are thought to have been inspired by the Labours of Hercules.

The antiquities were discovered while the Larnaca sewerage board was carrying out works on the Kyriakos Matsis road.

According to a statement, there is a possibility that they will be left where they are and arrangements to construct an outdoor museum are planned.

The interior and transport minister will visit the site and hold a meeting with the Larnaca municipality this week.

The site has been covered with sand for safety reasons.

According to Phileleftheros, the mosaic measures 20 x 4.5 metres. “Such discoveries are made only once every hundred years,” Giorgos Philotheou from the Antiquities Department told the newspaper.