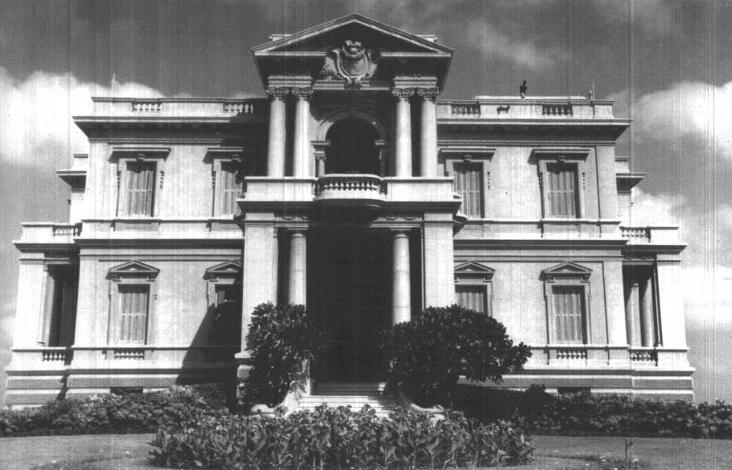 In 2012, the civil group Save Alex took a stand in the streets of Alexandria, calling to save the Cicurel Villa in the ancient city’s Rushdy district. The group’s work resulted in a law that should have protected the building. But last week, the villa built by a Jewish-Turkish merchant in the 1930s was knocked down anyway.

Since its foundation in 331 BC, each era has left its beautiful print on Alexandria’s architecture. The city’s streets are lined with Greek, Roman, English and Italian works of art. But these villas and palaces are now being demolished, taking away from Alexandria’s history, one after the other.

The 1920s Modernist Agion Villa used to draw French, Italian and other foreign tourists to marvel at and study it. Brought down three months ago, the villa is to be replaced by a touristic residential tower. A few days after the Cicurel Villa incident, the much-loved Al-Salam Theatre, was also bulldozed for a TOLIP franchise hotel.

“One of the most bizarre self-defeating trends in Alexandria is the idea that you can destroy historical buildings so you can build … hotels in their place. If this logic is followed through, where do tourists and visitors who stay in these hotels end up going for sightseeing? To go look at other hotels?,” said Amro Ali, a PhD scholar writing about Alexandria’s urban politics.

Surrounded by trash and left to rot, it is feared many other sites face demise.

“Owners care about the properties’ monetary value rather than their touristic or cultural value to Alexandria,” said Mohamed Mehaina, deputy director of AlexMed and member of the Heritage Preservation Committee at the Biblioteca Alexandrina.

To define this, AlexMed compiled a legal Heritage Preservation List in 2007. But owners seek to remove their properties from the list, either to dodge restrictions over them, or to sell or demolish the property, usually through filing a lawsuit. Forty-seven pieces of property have been dropped from the list through adjudications, and since 2009, 14 were knocked down, according to Mehaina.

On the Alexandria corniche lies the locked up and neglected Sabahi Palace. With the area of 3000 meters squared, the site is worth EGP 300 million. Also on the heritage list is Princess Aziza Fahmy’s 15,000 meter property, valued at EGP 435 million. Despite their ‘protected’ status, these buildings are also under threat.

The owners of Villa Ambron, the former home of British author Lawrence Durrell where he wrote the Alexandria Quartet, want to knock it down. The owner of Roman neo-classic Qerdahi Palace asked to be excluded from the heritage list.

“The problem is that the state does not provide compensation,” Mehaina believes. In other countries, businesses receive a tax relief on buying historical property as compensation for saving heritage, which is why investors run to put money in such properties, the architect said.

Alexandria’s oldest street, Fouad, said to be the first planned street in history, is under threat. Crowned by Muhammed Ali’s opera house on one side, and his cultural palace on the other, all the buildings’ details are very rare, said Hassan.

“There is a harmony between the buildings, even if not built with the same elements and techniques,” stated Ahmed Hassan, founder of Save Alex. Each time a historical building is brought down, Fouad’s skyline is damaged further. New buildings ruined the visual perspective, whether because of height or architecture style, explained Mehaina.

Blacklisted in the hearts of those who care about Alexandria’s heritage, one company, Stanly, buys buildings and demolishes them, among which was the famous Rialto Cinema.

Meanwhile, another company called Sigma buys such historical landmarks to preserve, develop and reutilize them. While a branch of Roastery restaurant was set up in Fouad with not attention to harmony with heritage, Sigma redeveloped L Passagefood hall with more consideration.

Speaking of the role of civil activity, Mehaina said that “… we are struggling [against the demolition of heritage], but we are not executives,” adding that heritage committees, NGOs, and demonstrations are held to fight for the cause, as well as awareness campaigns and documentation.

Legislation, strict application of law and a heightened sense of awareness need to come together to salvage the remaining sites that have witnessed how Alexandria came to be.