FOSTEr-ing solar technology in the Mediterranean area: an EU success story completed in Egypt through the FOSTEr in MED Project 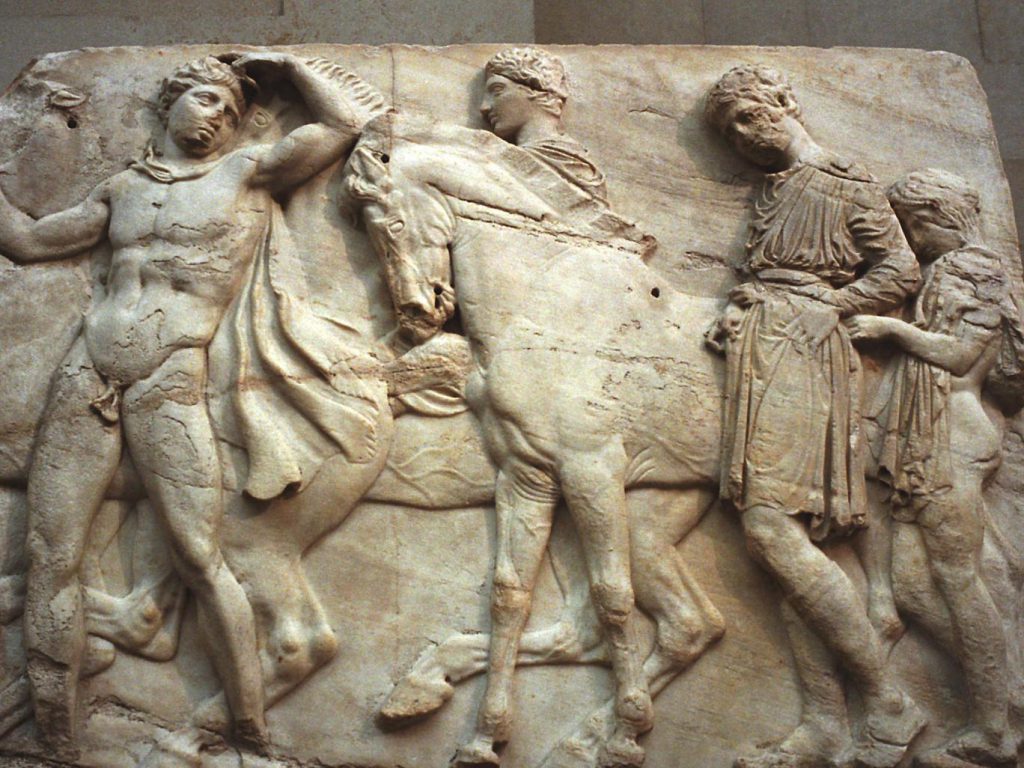 The first-ever legal bid to force the UK to return the Elgin Marbles to Greece has been thrown out by the European Court of Human Rights.

The court ruled that because the alleged theft of the sculptures from the 2,500-year-old Parthenon temple took place more than 150 years before the UK signed up to the human rights convention, it did not have the power to consider the lawsuit.

Campaigners for the return of the sculptures pointed out that the court had not made a ruling on the “merits of the case”.

The marbles were taken from the temple by the Earl of Elgin in the 1800s and he then sold them to the British Government in 1816 after running into financial difficulties.

At the time, Greece was occupied by the Ottoman Empire. Lord Elgin obtained a “firman”, a legal document, that apparently allowed him to take some stones but some believe it did not entitle him to cut sculptures from the building.

The marbles are regarded as some of the finest sculptures ever created and the Parthenon, built by the democratic Athenians after victory over the Persian Empire, is arguably the most important monument in Europe.

The Greek Government was given extensive legal advice from lawyers Amal Clooney and Geoffrey Robertson, but appears to have decided against taking Britain to court.

Instead, the case against the UK was brought by the Athenians’ Association, a cultural group, after the British Government refused an offer last year by Unesco to mediate between Greece and Britain.

The British Government and the British Museum, where about half the surviving Parthenon sculptures are on display, insist the Earl of Elgin acquired them legally.

In its ruling, which was sent to the Athenian Association last month, the European court said: “The Court notes that the marbles were removed from Greece in the early 19th century.

“In order to bring the matter within the temporal jurisdiction of the Court, the applicant has sought to rely on the refusal of the United Kingdom to enter into mediation with Greece concerning the return of the marbles and the continuing refusal to return the marbles.

The judges also said the Athenians’ Association did not have “any right … to have the marbles returned to Greece”.

He claimed the judgement could actually help the Greek Government take legal action in the future.

“Globally, this first statement of the European Court, historically the first court judgement, on the subject of the Parthenon Marbles highlights the points that Greece should focus on with particular attention in her recourse against the United Kingdom,” Mr Sotiropoulos said.

“This decision leaves open the possibility of a recourse submitted by Greece being proclaimed admissible, thus also indirectly offering precious expertise on how to handle the case henceforth.”

Andrew George, of the British Association for the Reunification of the Parthenon Sculptures, said the ruling did not affect the arguments in favour of sending the sculptures back.

“We’ve learned nothing from this. There’s been no test of the merits of the case, just that this is not the arena to resolve the justice or otherwise of the case,” he said.

“The UK Parliament effectively state-sanctioned the improper acquisition of the sculptures exactly 200 years ago this year.

“But this doesn’t make it a cause of pride for the British, nor does it make the act nor their continued retention either ethical or just.”

On 10 July, a cross-party group of MPs launched a Bill to return the sculptures to Athens, where the Acropolis Museum was built specifically to house them within sight of the Parthenon.

The British Museum argues that it “tells the story of cultural achievement throughout the world, from the dawn of human history over two million years ago until the present day”.

“The Parthenon Sculptures are a vital element in this interconnected world collection. They are a part of the world’s shared heritage and transcend political boundaries,” it says.