Athens and Epidaurus 2016 Festival Kicks Off with Verdi’s ‘Aida’ 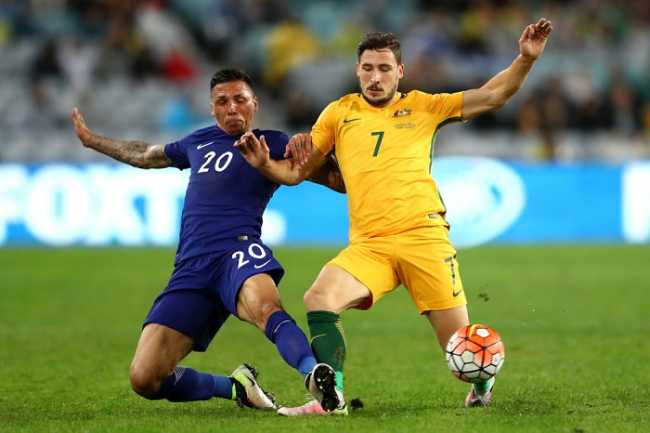 YOU just know this Australian team will never give up, even if in the end they needed a Leckie break to claim a European scalp.

A 1-0 win for the Socceroos over Greece at ANZ Stadium last night came courtesy of the last kick of the game, Mathew Leckie’s turn and shot from the edge of the box earning Ange Postecoglou’s side the most last-gasp of victories.

If either side deserved to shade a fixture that was occasionally physical and rarely spectacular, it was Australia – though on a quagmire of a pitch, they scarcely came close to the heights of recent performances.

Until Leckie broke the deadlock Australia had threatened the Greek goal only sporadically, before a late burst of pressure saw Tim Cahill have a goal disallowed and Trent Sainsbury hit the post. With eight of the Australian starting XI at the end of their seasons, perhaps they could be forgiven for a contest that too often seemed to go through the motions.

With eight of the starting XI at the end of their seasons, perhaps they could be forgiven for a contest that too often seemed to go through the motions.

The game barely rose to a simmer, let alone a boil, until a late Tim Cahill header was disallowed and the frantic final moments saw plenty of chances for both teams.