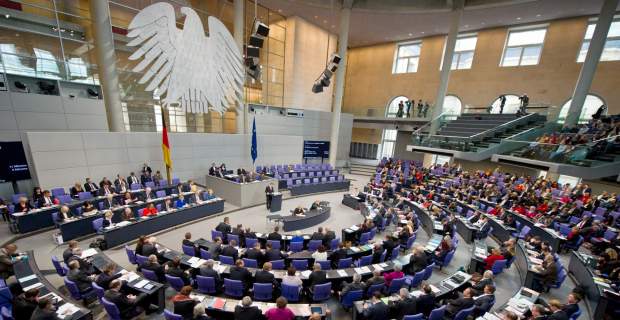 BERLIN — The German Parliament overwhelmingly adopted a symbolic but fraught resolution on Thursday declaring the killings of Armenians by Ottoman Turks in 1915 a genocide, escalating tensions with Turkey at a diplomatically delicate juncture.

The Turkish government angrily denounced the vote as “null and void,” and President Recep Tayyip Erdogan called his ambassador in Germany back to Ankara for consultations.

“The way to close the dark pages of your own history is not by defaming the histories of other countries with irresponsible and baseless decisions,” Turkey’s foreign minister, Mevlut Cavusoglu, wrote on Twitter. In Ankara, Prime Minister Binali Yildirim said, “There is no shameful incident in our past that would make us bow our heads.”

Germany needs Turkey’s help in following through on a deal with the European Union to manage the refugee crisis attributed in large part to the Syrian civil war. At the same time, the German chancellor, Angela Merkel, has been under pressure not to be seen as caving to pressure from Ankara to compromise on Western values, particularly after a recent dust-up over freedom of speech set off by a German comedian’s satire that outraged Mr. Erdogan.

For Turkey, there is scarcely a more delicate topic than what historians say was the murder of more than a million Armenians and other Christian minorities in 1915-16. In April, Mr. Erdogan visited the Armenian Patriarchate of Turkey and, in a carefully worded statement, extended condolences to the families of those who had died, but the Turkish government has long rejected the term genocide.

Ankara has noted that thousands of people, many of them Turks, died in the civil war that destroyed the Ottoman Empire, and argued that the estimates of the number of Armenian deaths have been exaggerated.

The issue is also fraught for Germany. At the time of the killings, Germany, led by Kaiser Wilhelm II, was allied with the Ottomans, fighting alongside the Austro-Hungarian Empire against Britain, France and Russia in World War I. Acceptance of German responsibility for the atrocities of World War II has become an established part of the nation’s culture, and historians and activists have said that the Armenian resolution was an important step in acknowledging Germany’s indirect involvement in the 1915 killings.

Pope Francis called the killings a genocide last year, but the United States has long skirted the issue. President Obama stopped short of using the word — most recently in a statement marking Armenian Remembrance Day on April 24 — though he used the term before becoming president.

Ms. Merkel’s Christian Democratic Union and its coalition partners supported the resolution, which was originally proposed for last year, to mark the centennial of the start of the killings. But it was repeatedly delayed, most recently in February, over concerns about angering Ankara.

As the vote approached, debate intensified in Germany, which is home to an estimated three million people of Turkish descent, many of whom have dual citizenship. About 2,000 Turks demonstrated last weekend in Berlin, rallying to say that Parliament is not a court and therefore should not pass judgment.

Ms. Merkel was in a tough spot. When she visited Istanbul last week, she spent time with Turkish intellectuals and lawyers critical of Mr. Erdogan before meeting the president, who warned her not to move forward with the resolution.

Her decision to do so, despite those objections, may have been influenced by an episode in March, when a German comic, Jan Böhmermann, lampooned Mr. Erdogan with a crude poem. Ms. Merkel initially criticized the verses, giving the impression — which she later said was a mistake — that she advocated restrictions on freedom of expression in Germany. Critics portrayed her as weak.

Cem Ozdemir, the co-chairman of the opposition Greens and a driving force behind the resolution, accused Ms. Merkel of paying little heed to Turkey for most of her decade in power, until circumstances forced her to engage with Mr. Erdogan.

On Thursday, Mr. Ozdemir said there was “never a favorable time to speak about something as dreadful as genocide.”

Mr. Ozdemir read century-old statements by officials of the German Empire showing they knew that up to 90 percent of Armenians had been killed. “Working through the Shoah is the basis of democracy in Germany,” Mr. Ozdemir said, referring to the Holocaust. “This genocide is also waiting to be worked through.”

He noted that there were Turks who had saved Armenians. “Before them, we bow down with highest respect,” he said.

Mr. Ozdemir said he had received threats because of his support for the vote, but that it was even more dangerous for people in Turkey to acknowledge the genocide.

The vote in the Bundestag, the lower house of Parliament, was nearly unanimous, with one lawmaker voting against and another abstaining. (Ms. Merkel and the two most senior Social Democrat ministers — Vice Chancellor Sigmar Gabriel and Foreign Minister Frank-Walter Steinmeier — were not present.)

Norbert Lammert, the president of the Bundestag, kicked off the debate with a clear message. “Parliament is not a historians’ commission, and certainly not a court,” he said. He added that the current Turkish government “is not responsible for what happened 100 years ago, but it does have responsibility for what becomes of this” in present times.

Mr. Lammert, a Christian Democrat, labeled the Ottomans’ killing of Armenians as genocide last year. Particularly because of “our own chapters of dark history,” Germans know that only by working through past events can one achieve reconciliation and cooperation, Mr. Lammert said on Thursday.

Including Germany, 12 of the European Union’s 28 members have recognized the Armenian killings as genocide. Despite initial protests, Turkey has maintained good relations with several of those countries.

When France approved legislation in 2011 recognizing the genocide, Turkey temporarily recalled its ambassador and halted bilateral military cooperation. Such steps by Ankara would be more complicated today and potentially more damaging, as Germany and Turkey are engaged in a NATO operation to stop migrant boats crossing the Aegean Sea from Turkey to Greece.

Aydan Ozoguz, the German commissioner for integration, who — like Mr. Ozdemir — is of Turkish descent, said before the vote that while she intended to vote for the resolution, “I still think it is the wrong path.” She added that she thought it would backfire.

Mr. Erdogan and ultranationalist Turks “will get a huge boost,” Ms. Ozoguz said. “They will use the resolution as proof of a further attack by the West on Turkey. Reasonable, considered voices will be isolated and will have no chance to be heard for a long time.”