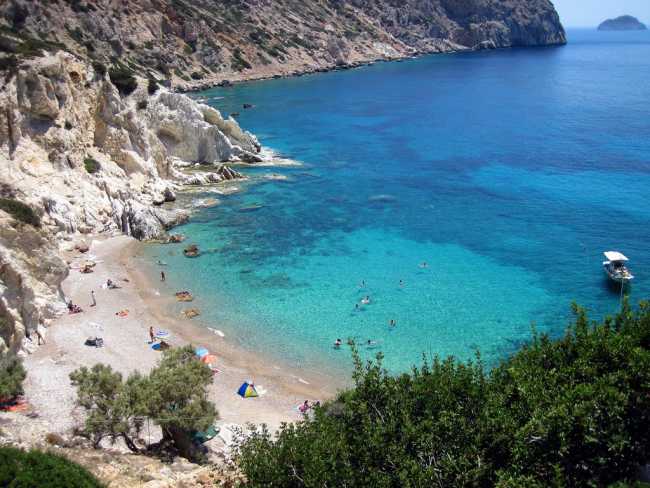 As the Greek summer approaches, an international distinction gives Chios a well-deserved and much needed boost.

One of the most beautiful islands of the Aegean, Chios was a travel destination for the conoisseurs, attracting high-profile tourists. As the homeland of many shipping magnates, and a place blessed with the mastique trees that have been central for its economy, the island has never relied too much on tourism, which has helped preserve its identity and authentic colours.

But now, a new wave of focused tourist is bound to visit Chios, as it is voted among the top 10 best dive sites in Europe. According to international diving website divein.com, Chios is the best place to scuba dive in Greece, containing “some of the most amazing underwater caves, colourful and large reef formations, vertical walls, beautiful underwater rock formations, and glorious shipwrecks. This place is a great dive site for beginner divers since the water is very visible and the temperatures are moderate, especially during the months of April through October”.

Chios has been at the epicenter of the current refugee crisis, as its close proximity to the Turkish shores have made the island one of the people smugglers preferred destinations. Last years, thousands of refugees arrived to the island and the tourism industry was worried about the effect that this factor would have on the economy. Such distinctions offer a valuable boost to the island’s status as an international destination, amidst an ongoing financial and humanitarian crisis.