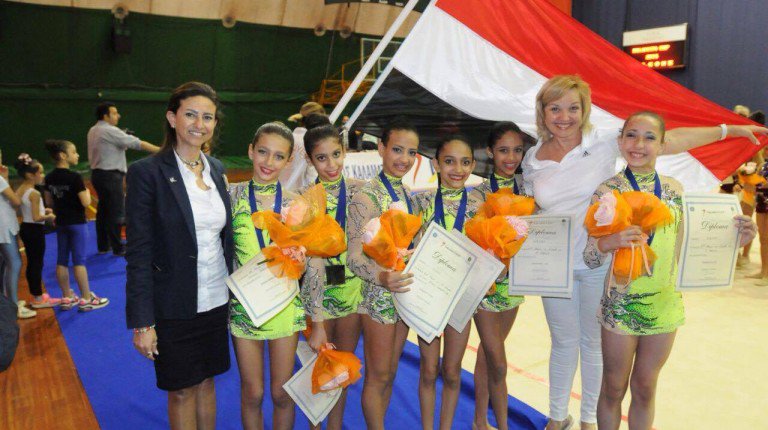 Egyptian female gymnasts have recently been making leaps and bounds in the competitive arena.

This year, Sherine El-Zeiny won gold at the African Gymnastics Championships in the women’s individual all-around competitions. She is part of the national team.

The 3rd International Rhythmic Gymnastics Tournament in Kalamata, Greece was another chance for Egyptian gymnasts to prove themselves this year.

Another Egyptian gymnast, Mariam Selim, placed fifth in the individual all-around division at the tournament.

President of the Egyptian Gymnastics Federation Alaa Hamed and the head of its Technical Committee Noha Abdel Wehab showed their complete support and appreciation to the Egyptian gymnasts.