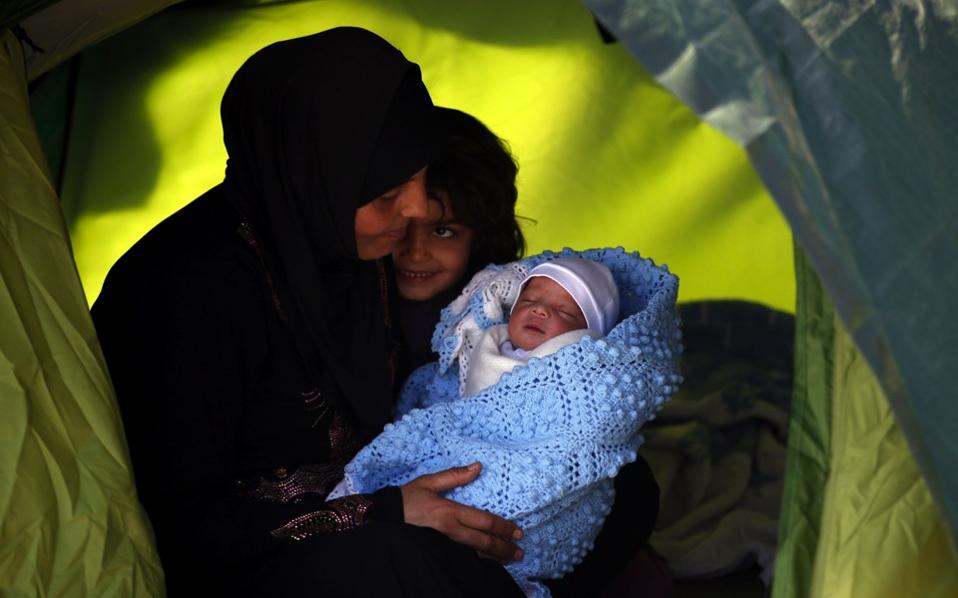 A Greek family opened its home to two Syrian migrant families last week, moved by the plight of thousands who have fled a five-year war for the security of Europe and are stranded.

As soon as Dimitris Spiridis arrived with a huge bag of croissants to hand out to migrants living in a sprawling border camp at Idomeni, he decided that he needed to do more to help.

“There was rain and fog. The only thing you could hear at eight in the morning was tears and coughing,” he said.

“I was shocked. All the tents were soaked, all their clothes were soaked. Mud, humidity and tears, nothing else. Are we or aren’t we Christians?” Spiridis told Reuters Television.

The 50-year-old used to work as a cook in Switzerland and has been back in Greece for five years, where, like so many in the recession-hit country, he has been unable to find a job and helps out in the family bakery.

He and his wife Maria live about half an hour’s drive from Idomeni, in the small village of Evropos.

Now they have one Syrian family in a small attic apartment and another family with three children are staying in their bedroom. The couple now sleep on the couch in their living room.

Spiridis said he would house the families as long as necessary. “So, we are all living downstairs together. One big family, 22 people in total. It’s fine,” he said.

More than 50,000 refugees and migrants are living in Greece and more are arriving despite a deal agreed by the EU and Turkey on Friday intended to halt illegal migration flows to Europe.

Under the pact, Ankara would take back all migrants and refugees, including Syrians, who cross to Greece from March 20 and whose asylum applications are rejected. In return, the EU would take in thousands of Syrian refugees directly from Turkey and make financial and political concessions to Ankara.

“I want Europe if it can, and I know it can, to accept these families from Syria, a place that has been destroyed, and for these families to be reconnected with their relatives,” Spiridis said.