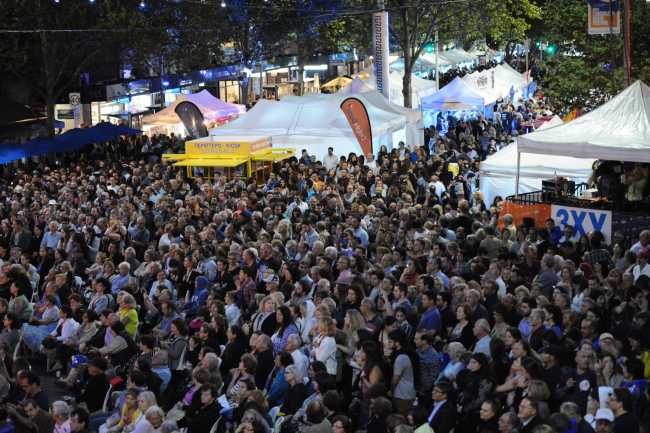 Both Prime Minister Malcolm Turnbull and Opposition Leader Bill Shorten attended the Greek cultural event which attracted more than 100,000 people over the weekend as did Premier of Victoria Daniel Andrews and Victorian Opposition Leader Matthew Guy.

“It was a huge success in every measure. Arguably the most attended Festival over the 2 days,” President of Greek Orthodox Community of Melbourne and Victoria Bill Papastergiadis says. “Our festival is the only festival in Australia with all of the nation’s political leadership attending. In fact, according to the Police Superintendent, the only other event with a similar attendance is the AFL Grand Final.”

Bishop Ezekiel of Dervis and the Consul General of Greece in Melbourne Mr. Christina Simantirakis were also there present along with several federal and state ministers and MPs, local government agents, Community leaders, benefactors and supporters.

“The festival has become a Festival of Food with the quality of the food offering better than ever,” Mr Papastergiadis says stressing that there were a further 79 applications made for stalls that couldn’t be included in the festival.

“The new layout offered more space and was overall a huge success as its three stages catered for different tastes, keeping people from all walks of life and ages engaged until early morning hours.”

The dance program featured dance groups from interstate, aboriginal performers, Italian traditional dance with highlights being the ‘Akrites tou Pontou’ Phoenix of Dreamtime collaborative work and the Pontian and Cretan groups Dance Off on Sunday night.

Zorba Til You Drop competition gathered a lot of interest again this year, but Toula Katsouranis who managed to last 48 minutes won the Trip to Greece with Qatar Airways. Magic Mic, a new singing contest expected to become an attraction for young talent was held for the first time, and was won by Dion Papaspyropulos who sang “Thelo Na Me Niosis’ by Nikos Vertis.