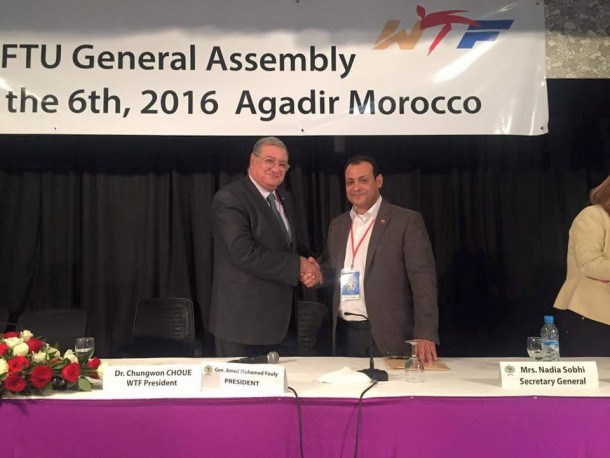 Egypt was chosen to organize the 2016 African Taekwondo Championship which will kickoff in May this year.

The Egyptian Taekwondo Federation president Farag El-Amry presented Egypt’s file to host the championship, which was supported by The Youth and Sports minister, Khaled Abdelaziz. The decision came on Saturday during the African Taekwondo Union (AFTU) general assembly in Agadir, Morocco.

El-Amry also invited the president of the World Taekwondo Federation, Choue Chung-won, who assured that he will be attending the championship that will be held in the city of Port Said.

Recently, Egypt’s Hedaya Malak secured herself a spot at the 2016 Olympics in Rio De Janeiro in Taekwondo as she won the 57kg gold medal in the 2015 World Taekwondo Grand Prix. Seham Elsawalhy followed Malak’s footsteps and will also be heading to Rio De Janeiro since she reached first place in the African Qualifications in Morocco.