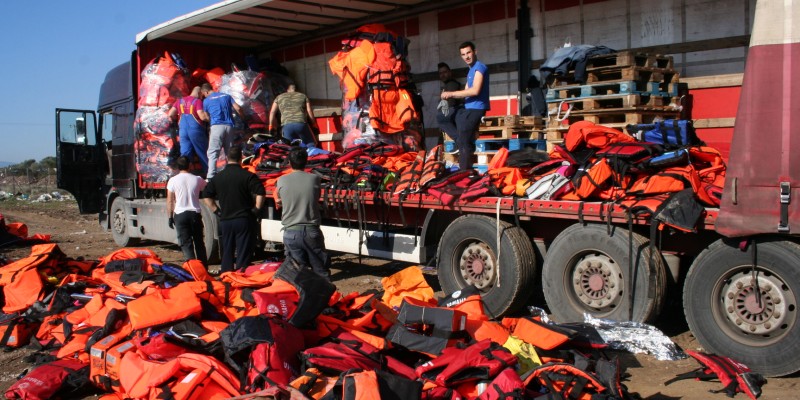 About 14,000 lifejackets used and discarded by refugees and migrants after their arrival on the coast of Lesvos travelled to Berlin on Tuesday so that they can be used by Chinese artist and activist Ai Weiwei for a new art project.

The decision to give away the used lifejackets — bought by refugees in Turkey and most of them flimsy — was taken by the island’s mayor, Spyros Galinos, who told ANA-MPA that the aim is to create a work that “will affect and mobilize the entire international community regarding the crime that takes place every day in the Aegean by unscrupulous traffickers.”

He also said the island will have the “distinctive honor” of having a monument created by Weiwei in Lesvos, which will be dedicated to the refugees making the perilous journey towards Europe.

Municipal authorities have gathered hundreds of thousands of lifejackets during the past year from various landing areas around Lesvos.