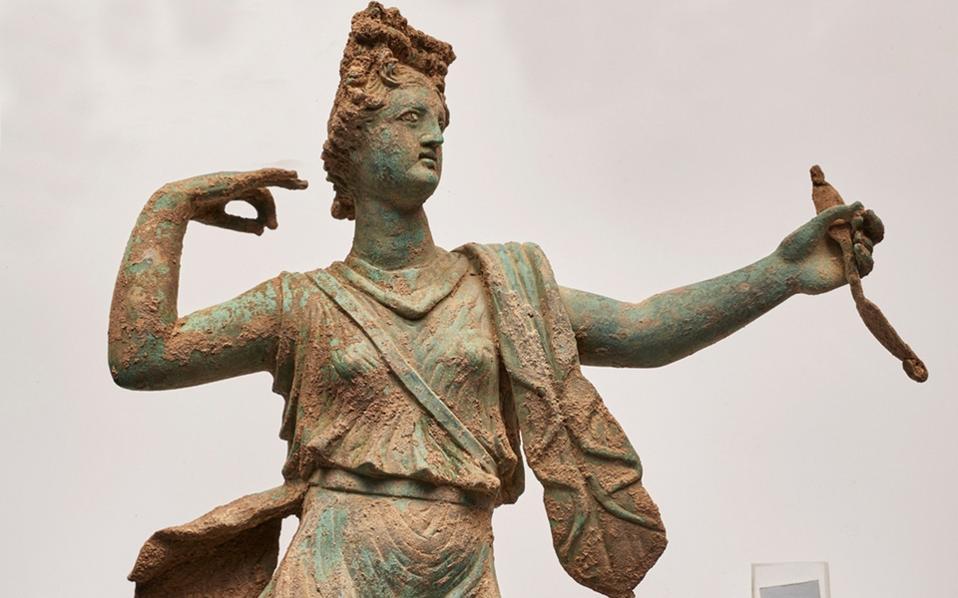 Archaeological excavations unearthed significant finds at Aptera, Chania on the island of Crete.

Two small sized sculptures of about 0.54cm height were discovered, οne of Artemis is made of copper and the second of her brother Apollo was made of marble.

The statue of Artemis, guardian goddess of Aptera, is in excellent condition and was standing on a square copper base. She is wearing a short tunic and is ready to shoot her arrow, while extremely spectacular is the preservation of the white material used for the iris of her eyes.

Apollo’s statuette is simpler and contradicts with the emphatic depiction of Artemis.

However, the sculpture is of excellent artistic execution the preservation of the red colour is great.

The statuettes were probably imported from artistic centers outside Crete to decorate the altar of a Roman luxury residence.