Vote Now! Athens in the Running for the Best European Destination 2016

Greece Among Countries With Most Citizens Living Overseas

Vote Now! Athens in the Running for the Best European Destination 2016 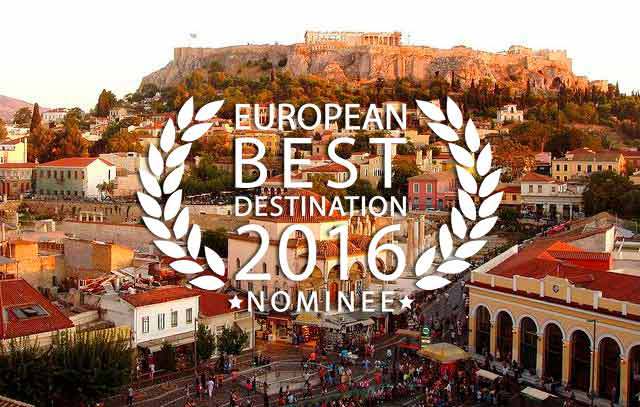 The European Best Destinations website has nominated Athens, Greece, as one of the 20 candidates in the running for the title of the Best European Destination in 2016.

The voting for this prestigious label, synonymous with European excellence, will take place online between January 20 and February 10. The winner will be the city with the most online votes!

The “Best European Destination 2016” will be authorized to use the title and affix the “European Best Destination” logo on all its communications, adverts, website and photos; it will also have the right to authorize its own public and private partners to use the logo.

According to organizer EBD, the election of the European Best destinations receives substantial coverage right across all the various media in Europe.

In 2015 the best destination in Europe was Bordeaux. Athens came in third place last year.

In its seventh year, the online competition is an event organized by the European Best Destinations (EBD), a European organization based in Brussels and developed to promote culture and tourism in Europe. In partnership with the participating tourism offices and the EDEN Network the organization promotes a better understanding of the wealth, diversity and quality of European destinations and Europe as the number one destination in the world.

Since 2009 EBD has been working with major tourism offices in Europe to reward and highlight the most visited destinations via its website and social networks (+2,5 millions of visitors and thousands of followers on Facebook, Twitter, Google+ Pinterest and 26,000,000 of media coverage).