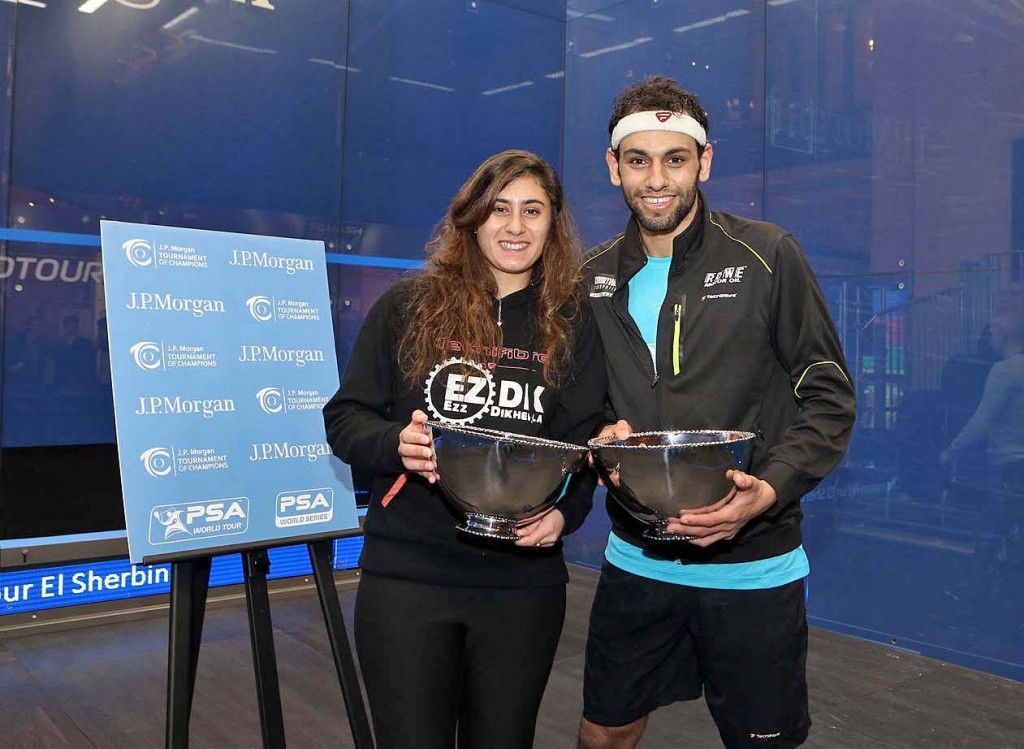 “Nour came out firing from the very start,” said Sobhy referring to her 20-year-old Egyptian opponent.

El-Sherbini, who was born in Alexandria, is the second Egyptian woman to win the Tournament of Champions. Last year, Raneem El-Weleily clenched the throne after defeating the UK’s Alison Waters.

“I don’t know what to say. It’s weird and amazing and incredible,” said El-Sherbini, who became the youngest ever Tournament of Champions winner.

“I knew that I had to beat Nick tonight. He had already beaten my brother Marwan and I didn’t want him to beat both of us in the same tournament,” said El-Shorbagy after his victory.