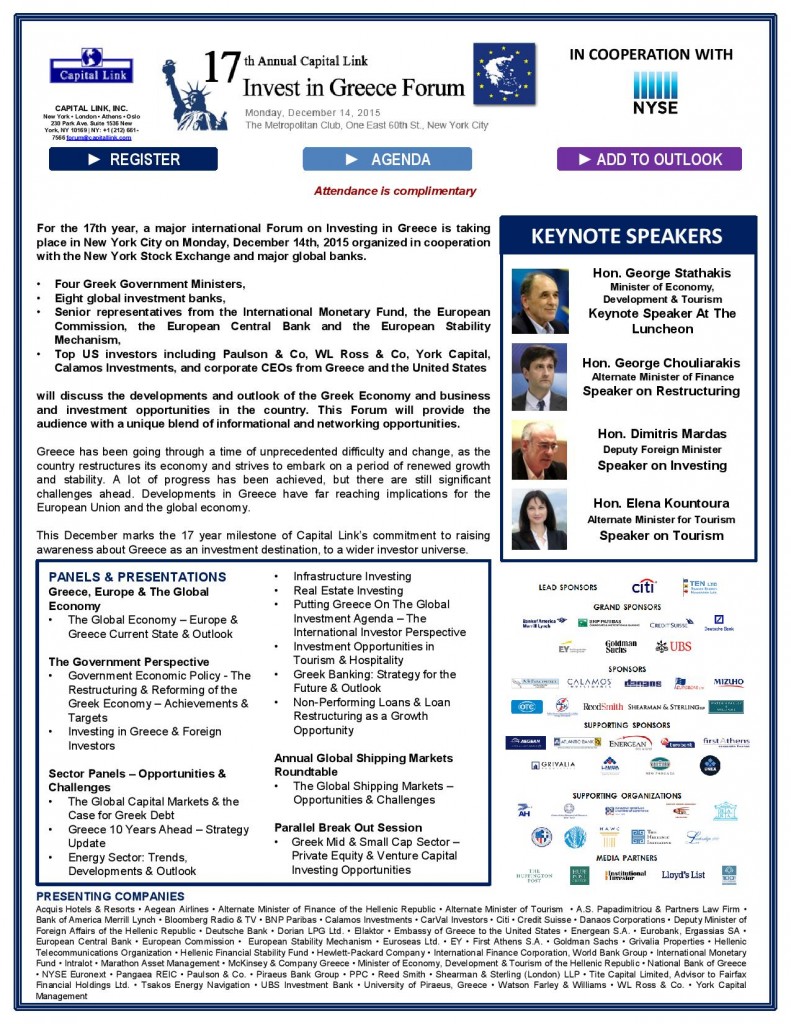 For the 17th year, a major international Forum on Investing in Greece is taking place in New York City on Monday, December 14th, 2015 organized in cooperation with the New York Stock Exchange and major global banks.

We invite you to join the Forum – institutional investors can also request 1×1 meetings with government officials and company management.

There is no charge to attend for qualified attendees. Registration is by Invitation Only.

There are several panel discussions focusing on the developments and outlook of the Greek Economy and business and investment opportunities in the country. Greece has been going through a time of unprecedented difficulty and change, as the country restructures its economy and strives to embark on a period of renewed growth and stability. A lot of progress has been achieved, but there are still significant challenges ahead. Developments in Greece have far reaching implications for the European Union and the global economy.