“Religious and Cultural Pluralism and Peaceful Coexistence In the Middle East” 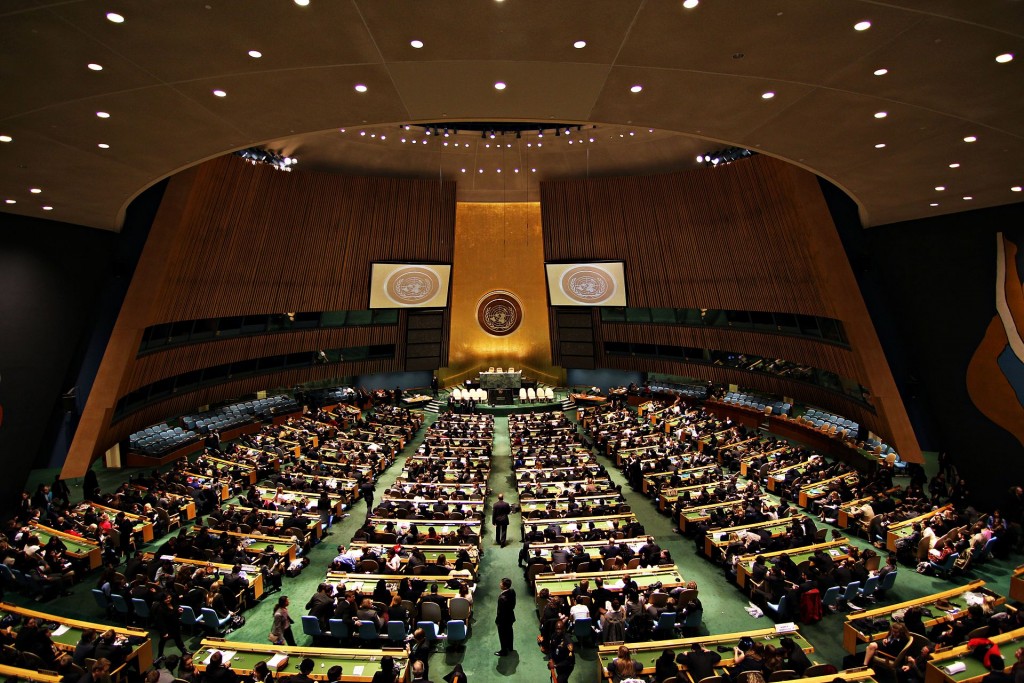 Egypt officially locked a two-year, non-permanent seat on the United Nations Security Council after 179 of the 193 UN member states voted in favor of its membership on Thursday.

Egypt was vying for one of two seats allotted to the Africa Group, while Senegal won the second seat with 187 votes in its favor. Ukraine, Uruguay and Japan also secured the three other available seats on the Council, representing the Eastern European, Latin America and the Caribbean, and the Asia-Pacific regions, respectively.

Although the five countries were running without opposition for the five available seats, UN protocol dictates that each candidate must secure “yes” votes from at least two thirds of the present member states in a General Assembly plenary session.

Egypt, which enjoyed regional support for its bid, was virtually guaranteed the seat but officials and representatives campaigned heavily in the lead-up to the vote. On Tuesday, Egypt’s Foreign Minister Sameh Shoukry attended the Security Council session reviewing resolution 1325 on women and peace and security, where he spoke of Egypt’s past efforts and future plans to abide by the resolution.

“Women are among those most vulnerable to terrorism. We will work to give priority to this issue during our upcoming UNSC membership,” Shoukry said at the session.

On Tuesday evening, Egypt’s permanent mission to the United Nations hosted 500 guests, including all UN ambassadors and their spouses, at a gala dinner at the Metropolitan Museum in New York City. The gala was in honor of Egypt’s candidacy to the UN Security Council.