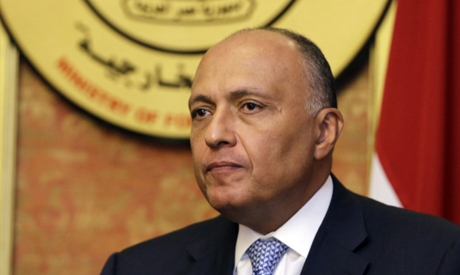 The Egyptian foreign minister’s visit to Brussels has launched a new phase of strategic partnership between Egypt and the European Union, paving the way for an EU-Egypt association agreement in the upcoming period, the ministry said on Tuesday.

The agreement — which has been under negotiation since February 2016 — would frame the country’s relationship with European institutions over the next three years.

In an official statement, foreign ministry spokesperson Ahmed Abu Zeid said Foreign Minister Sameh Shoukry and his European counterparts have compiled a document of each side’s priorities, to guide further negotiations on the agreement.

On his visit, Shoukry met with 28 European foreign ministers, making it “the first meeting of its kind with a non-EU minister this year,” the statement read.

The meetings tackled EU-Egyptian relations. Shoukry discussed ways the EU could support Egypt economically and politically, given that the country’s stability is an essential European interest, the statement read.

Shoukry also discussed economic, social and political developments in Egypt and the challenges the country faces in each of these sectors.

“Egyptian national institutions bear the responsibility of safeguarding human rights in Egypt,” Shoukry told his EU counterparts, according to the statement, adding that “human rights include social and economic rights; they are not restricted to political rights.”

The minister arrived in Brussels Sunday for an official visit, on which he met with EU officials including the High Representative of the European Union for Foreign Affairs and Security Policy, the Vice President of the European Commission and the EU Commissioner for Home and Migration Affairs, along with the foreign ministers of 28 EU countries.

“The visit was successful because Egyptian diplomats built a bloc of Egypt supporters within the EU, represented by countries that have made remarkable progress in cooperation with Egypt such as Greece, Cyprus, and Hungary,” the statement read.

At a meeting with the EU Commissioner for Home and Migration Affairs and the German and Austrian foreign ministers in Brussels, Shoukry reiterated Cairo’s refusal to establish camps to house irregular migrants attempting to travel to Europe, saying “refugees and migrants live freely and enjoy the services provided to Egyptian citizens.”

During his visit, Egypt’s FM also met with Jens Stoltenberg, Secretary General of NATO, to discuss political and security challenges in the Middle East.

An EU delegation is set to visit Egypt mid-March to continue talks on the association agreement.

During negotiations, Cairo has assured the EU that the agreement would be based on Egypt’s 2030 development plan.