Greek To Be Taught as Foreign Language in Russian Schools Starting January 1, 2017 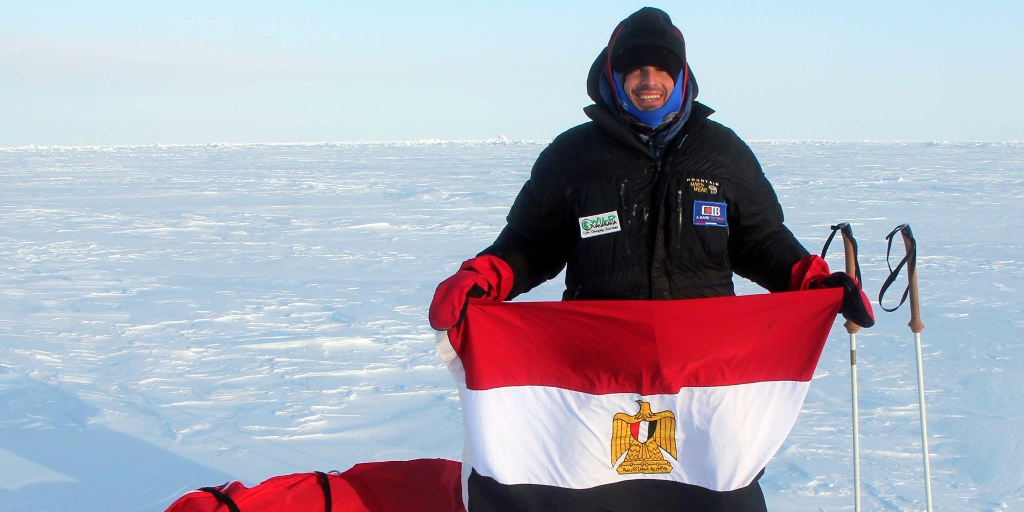 Egyptian adventure icon and mountaineer Omar Samra fulfilled a personal dream of his after climbing three mountains in Antarctica that had never before been ascended.

“It has always been a dream of mine to climb a mountain that has never been climbed before. And doing so in remote Antarctica was an even greater privilege,” wrote Samra, the first Egyptian to climb Mt. Everest, on Instagram.

“In the end I exceeded my own wildest expectations by doing three first ascents and six new routes.”

However, that was not all. Samra was then given the honor to name all three of what he called “beautiful peaks standing tall and untouched, side by side, for millions of years”.

The three peaks were named Mount Teela (at 1,661 metres), Mount Marwa (at 1,729 metres), and Mount Samra (1,790 metres). Mount Marwa is named after his late wife who passed away after giving birth to their daughter, Teela.

“To me they represent the eternal, grace and purity,” explains Samra. “[F]or this reason I decided to name them Mount Samra, Mount Marwa and Mount Teela, after my family name and the two greatest loves of my life. May we always be together.”