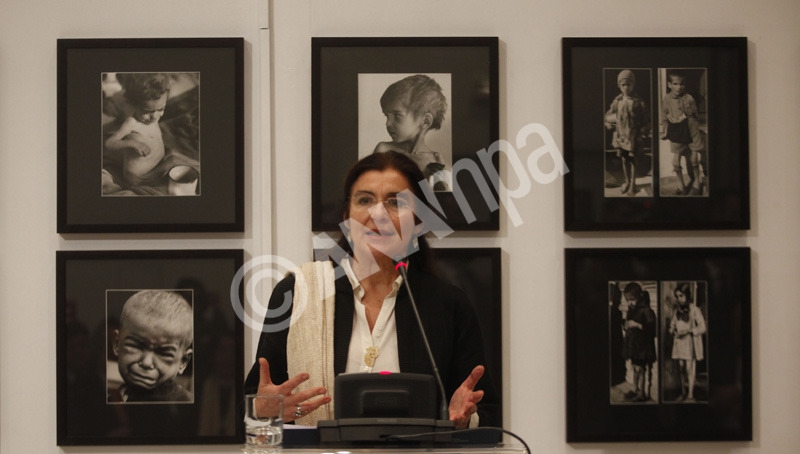 The best way to protect Greece’s monuments, both material and immaterial, was to “bring the citizens closer to them in such as way as to enliven their own love and own awareness that these monuments bring added value to their lives,” Culture Minister Lydia Koniordou said on Sunday, talking to the Athens-Macedonian News Agency (ANA) radio station ‘Praktorio 104.9 FM’.
“This is Greece’s real capital and perhaps the most important thing it has at this time,” Koniordou said from St. Petersburg, during the ANA’s “Sputnik Express” broadcasting slot, noting that it could translate into progress, prosperity and also help encourage other activities, in education, local community activities, quality tourism and sustainable growth.
Koniordou was interviewed about her visit to St. Petersburg for the inauguration on November 30 of the exhibition “Genii Loci. Greek art from 1930 until today” at the Manege State Museum. The exhibition was among events arranged for the Greece-Russia Year 2016 and features 147 works of art by 100 Greek painters of the 20th century until the present day. The minister also took part in the St. Petersburg International Cultural Forum on December 1-3.
“Like latter-day Noahs, we have to preserve the diamonds of humanity’s adventure and keep these not in a museum but alive, with the subversive and many times even revolutionary spirit they had in their own time, to relay this spirit to the younger generation,” she said.
She noted the Russian public’s strong interest in the Manege Museum exhibition and said Greece needed to invest in this “comparative advantage that all give us credit for.”
Koniordou said that Greece’s intention and goal was to continue cooperating with Russia in these areas after the end of the Greece-Russia Year 2016, while adding that the experience gained will also be put to good use during Greece-China Year, which follows.
“We wish to follow up by cooperating with another important ancient civilization that also seeking to find a balance between outwardness and preserving cultural heritage,” she added.